From Surviving to Thriving Thanks to Trifecta

MEAL PREP, BEFORE AND AFTER • 5 min

MEAL PREP, BEFORE AND AFTER • 5 min

As a full-time manager, a mom of two, and an aspiring athlete, Martine's busy life left her with little to no time to meal prep. With multiple autoimmune disorders and thyroid disease, her main goal was to survive. With the help of Trifecta's Meal Prep and Renaissance Periodization, she was finally able to get her diet on track and realize her potential of becoming a competitive runner. Read more about Martine's story and learn how Trifecta helped her pursue her dreams.

" With the help of RP and Trifecta, I’ve been able to maintain a healthy weight much more easily because Trifecta takes the time and thought out of meal prepping. Trifecta has really made my life easier." —Martine Sesma, Van Nuyes, CA.

I’m a mother of two little boys, ages six and three. I love being their mother! I call my sons my “Trail Babies” because they often go trail running with me. I’m married, and I manage two successful insurance agencies in Southern California.

I’m also an amateur ultramarathon runner and I’m always looking to break through the barrier and truly COMPETE, not at an elite-level, but as a solid competitor. I recently just had a breakthrough with my running dream when my 2017 wins earned me three medals from the USATF, so it’s been a great start to 2018!

For over a year now, Trifecta’s been a real lifesaver because I can just go home to my kids after a long day of work, grab the prepared proteins out of the fridge, steam a couple veggies, and voila! I had a quick and easy dinner that always tasted good (which is definitely more than I can say about the food that I used to cook for myself).

In September 2016, I discovered Trifecta via my Renaissance Periodization coach. I work very long hours, train a lot, plus my three-year-old is extended breastfeeding due to his autoimmune conditions, so I really don’t get a lot of hands-free time at home to prepare meals for myself.

I was finding that because of my schedule, I often didn’t eat for a day at a time because I just didn’t have the time to make food.

I order bulk proteins from the Meal Prep menu, then I prep my own carbs and veggies. My favorite item from the menu is definitely the chicken; I love every iteration of the chicken that the kitchen has made for the past year and a half.

One time, the kitchen did this red sauce chicken that was phenomenal! It had a Middle Eastern-style seasoning that was absolutely wonderful. Normally, they do a mild herbal blend that’s extremely versatile and I love that I can mix it with just about anything.

I also love the bison and the salmon—they are richly flavored, always fresh-tasting and fit my macros perfectly. Since I have digestive issues due to autoimmune and thyroid disease, the reliable quality of Trifecta’s Meal Prep menu is a true gift for me.

Discover what meal plan can help you optimize your health:

I have hyperthyroidism, so it’s been a struggle keeping my weight at a healthy level. I was underweight most of my 20s. I’ve done a couple of cuts and one mass with RP and they’ve both been pretty successful, but my biggest issue is fueling my body properly for all the activities that I try to pack into a single day.

With the help of RP and Trifecta, I’ve been able to maintain a healthy weight much more easily because Trifecta takes the time and thought out of meal prepping. Trifecta has really made my life easier.

From Surviving to Thriving

With multiple autoimmune disorders and thyroid disease, juggling a normal life is already pretty difficult for me so when I decided three years ago that I wanted to become a competing ultra runner, well.... my doctors told me I was crazy. So prior to Trifecta and Renaissance Periodization, my health goal was to survive. Then when I found this company in the same month I started with RP, I started to think that maybe I could do more than just survive. 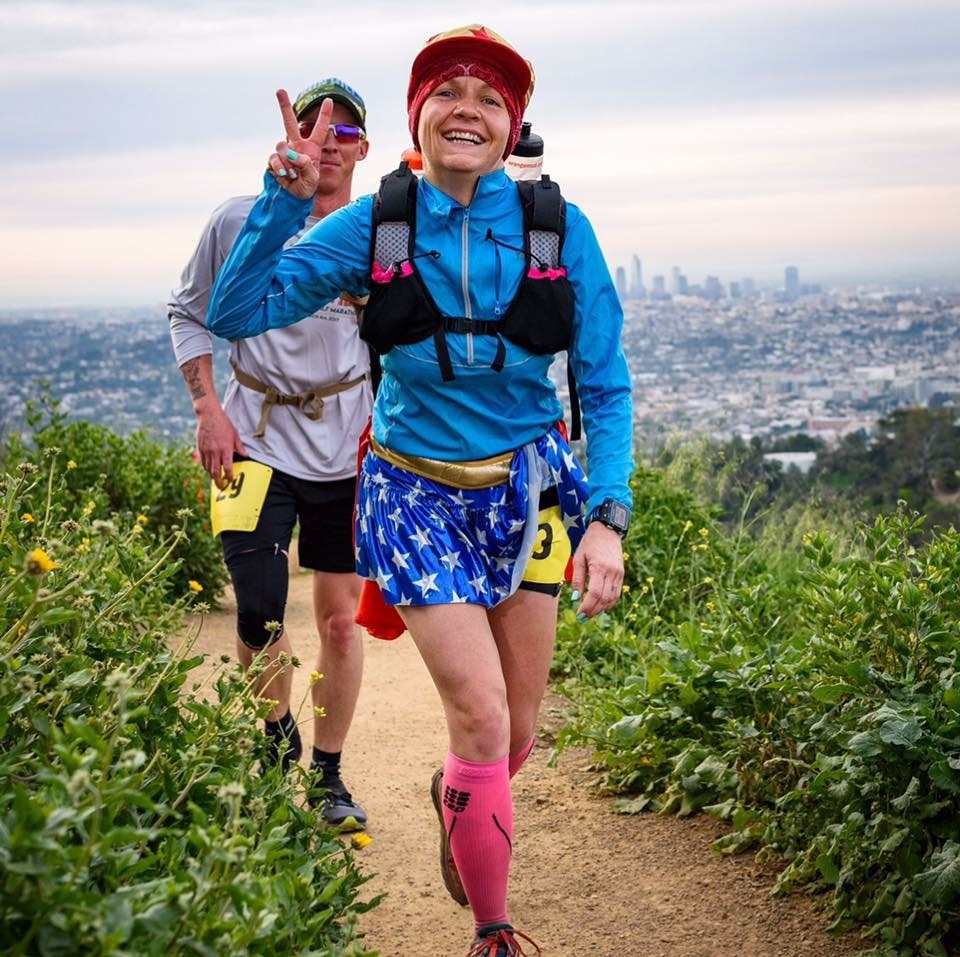 It got me thinking about my future and my goals, and I realized maybe I could do more with my body now that I had the support and fuel I needed! One of my main goals was to win races consistently in my area and to place podium or top 10 level in all the ultra races that I participated in. I started to have running breakthroughs, finishing 3rd overall female in a fast 30KM one month, then outright winning a trail marathon weeks later. Neither of these achievements would have been possible for me before these systems were in place!

I largely attribute my personally remarkable year of running to Trifecta and the Renaissance Periodization combination; it’s really these two that have fueled my dedicated training and helped me succeed.Knowing how much to eat and having Trifecta send me what I need makes it possible for me to do what I dream. 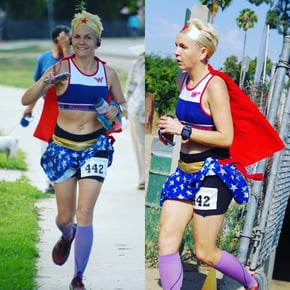 In 2017, I was able to do something amazing for myself: I competed in half a dozen ultra-marathons, ranging from 50KM to 4 day. I finished my year with one overall female win (in the 4-day!), and several Top 10 Female placements, including 6th female in a fast 50KM and 7th female in a brutal 50mi that nobody (not even the Race Director) believed I would even finish! I also won several 15KM road races and took 2nd female in a half marathon. In 2017, I ran a PR in the 10KM, 15KM, 50KM, 50mi and half marathon distances.

My sport now is trail and ultra running, but I didn’t start running for fitness reasons at all. Running saved my life. I was raped in 2010 and again in 2012, both times by trusted male “friends,” and the mental health fallout for me from these incidents was tremendous. I’m also a child abuse survivor and was diagnosed with PTSD at age 25.

I was depressed after I gave birth to my oldest son, but I knew I needed to take better care of myself if I wanted to be the mother he deserves. A girlfriend introduced me to running, and I was instantly hooked. I initially began to use running as a form of therapy, but the fitness and fun of competition came much later! 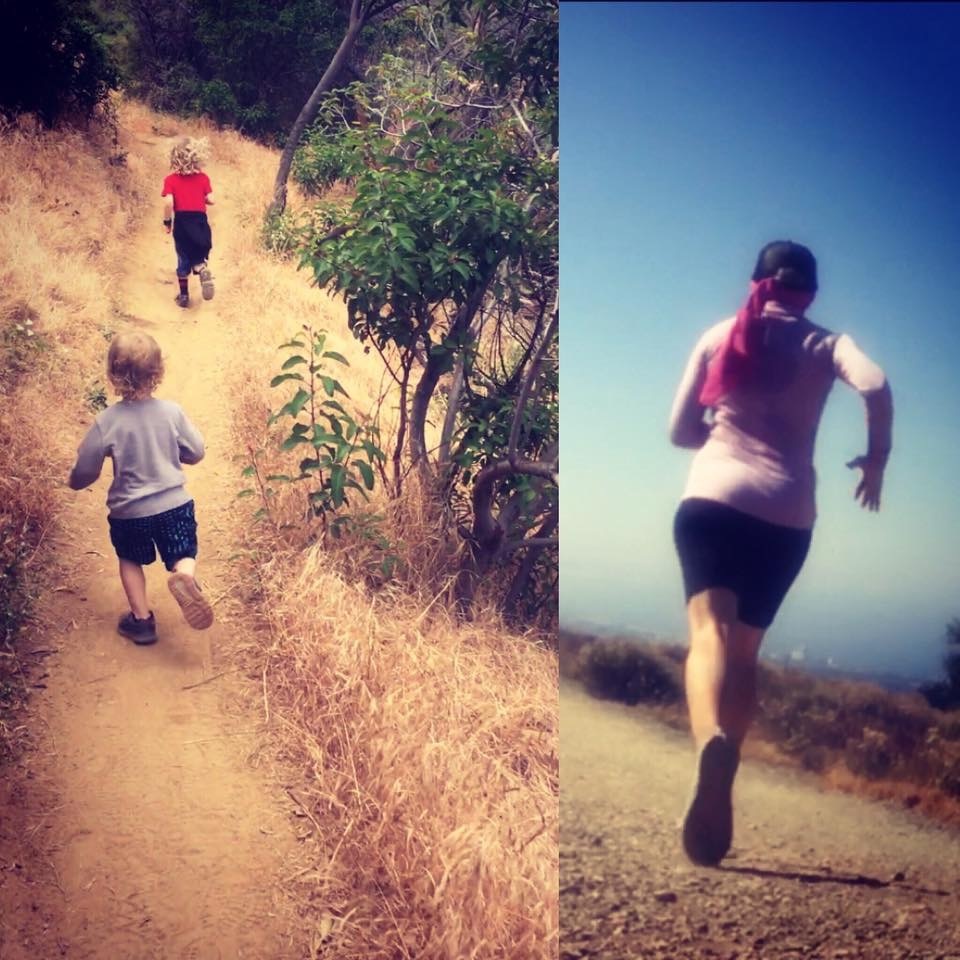 I also meditate and journal daily, which I think is really pivotal when you’re juggling parenthood, marriage, chronic hereditary disease, running a business, and training to compete in ultramarathons. My busy life is really taxing and my mind needs extra support. I replaced much of my social media addictions and now rarely “login,” opting instead to train my brain. Making that lifestyle change has been fundamental to my well-being and success.

It’s really easy to get lost in the whirlwind and I find that starting my day with meditation and journaling puts me in the right mindset for being able to manage all the other craziness that is life.

I don’t buy into the concept of “balance” so much. Instead, I think of the word integration. Make healthy practices a reliable part of your daily routine. Commit to self care. It’s hard as modern Moms, because we shoulder much of the weight of parenting, managing the household AND most of us work jobs in and out of the home now, too. It’s easy to burn out and break down. We need systems of support, like Trifecta meals, to help us keep going!

Speaking to fellow mother-athletes like myself, we’re kind of a rare breed—women who have small children, who are breastfeeding, juggling careers and marriage, and who are determined to be competitive athletes. I’ve met very few women like myself and I just want to encourage these incredible women to come out of the woodwork and tell their stories, because there is a tribe of us out there waiting to hear that we are not alone... and we’ve got your back, Moms! You are not alone, you are worthy, you have a right to pursue your dreams, and it is absolutely possible to be a great mother, a great businesswoman AND a competing athlete.

Want to share your success? Send your story, photos, and location to testimonials@trifectanutrition.com.

Ready to take the 'prep' out of meal prep? Find a plan that's right for you and save loads of time in the kitchen.