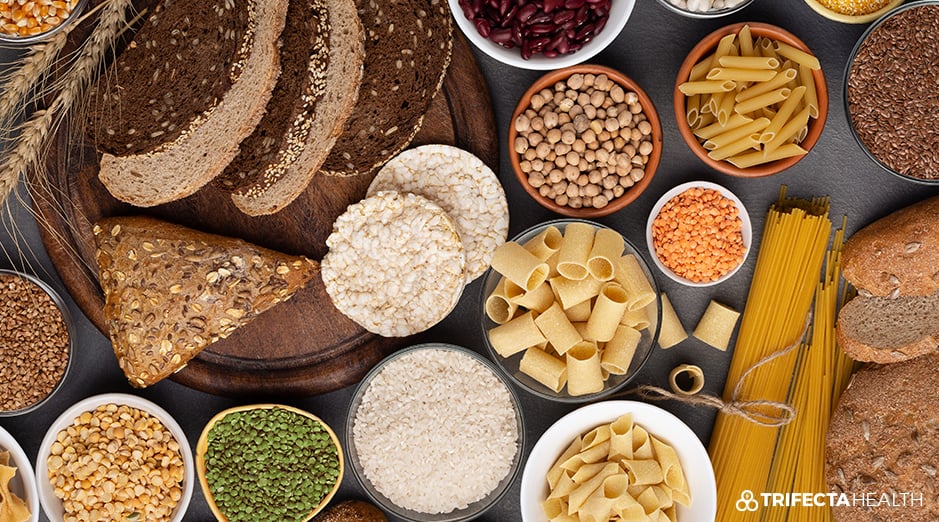 Gluten free has become so trendy that it feels mainstream these days. And because of its continued popularity, one would assume you could enjoy a gluten free diet just about anywhere. But is that really the case?

With so much misinformation in the diet world, most still don’t really even understand what gluten is or how to avoid it. Whatever the reason is that you are looking to go gluten free -  whether it is celiac disease, a food intolerance, or it’s just personal preference -  knowing what to look for and what to avoid is key.

Below is your guide to finding the best naturally gluten free foods and processed options to make sticking to your gluten free diet that much easier.

So, what exactly is gluten and where does it come from? It is a grain? Is it an added ingredient? And how do you look for gluten in your food?

Gluten is not a specific grain or carbohydrate. It is actually a grouping of proteins found in common cereal grains – mainly wheat, rye and barley, that provides a desirable texture and structure to the grain and the products produced with it.

Because gluten is so deeply ingrained in these foods, it is impossible to eat wheat, rye or barley and still avoid gluten. In other words, it can’t just be removed from these grains for your gluten free eating pleasure.

And because there are many desirable properties that gluten can provide foods (such as some chewy textures), it is commonly used as a food additive. This means it is prevalent in many processed foods - even if they don’t contain any of the well known gluten grains as an ingredient. Of course this also means it can be pretty difficult to discern what’s gluten free.

In addition, even the foods that should otherwise be gluten free can actually still contain significant quantities of gluten through contamination with gluten containing products. Naturally gluten free foods can easily come into contact with these grains - either through shared equipment or direct physical contact. Even something as simple as using the same counter space or machinery can cause major contamination issues. Therefore, unless serious precautions are taken to prevent this, foods that we may think of as ‘safe’ may be contaminated if they are produced in a facility that also handles gluten containing products.

How to Avoid Gluten

The truth is gluten is pretty much everywhere. Gluten grains are prime ingredients in many popular foods! Like  pizza, bread, pancakes, beer, many desserts, and anything else made with flour … just to name a few. Because it is found in staple grains - wheat, rye and barley, and numerous food additives, it can be hard to avoid in prepared foods. Not to mention the concern about gluten contamination in foods with ingredients that are otherwise naturally gluten free.

Common Foods Made With Gluten:

What Foods Are Gluten Free?

Whether you are looking to lose weight or just eat a well balanced diet, going gluten free doesn't automatically mean a healthier diet.

Luckily most fresh foods - like fruits, veggies, meat and dairy, are naturally gluten-free and at low risk for contamination when purchased outside of a food service or food prep establishment/area - even if they aren’t certified gluten free. These foods also tend to be the most nutrient dense. Shopping the perimeter of the grocery store is one way to cut down on gluten containing foods, and opting for more options made with simple ingredients you recognize.

Gluten has little to do with the nutritional value of the food and plenty of gluten-free foods can still be considered “unhealthy”, like candy, soda and french fries. This isn’t to say you always must eat perfectly, just don’t get fooled into thinking you are purchasing something nutritious by the mask of ‘gluten-free’ on the packaging.

Bottom line: If your intent is buying healthy and nutritious gluten options, opt for more whole foods. And when buying packaged foods always check your nutrition labels and your gluten free certifications.

When choosing more whole foods over packaged, there is a wide variety of fresh and healthy options to choose from. Naturally gluten free foods include all of the following:

TIP: Watch out for any added ingredients in these foods, as gluten can sneak its way into added flavorings, stabilizers, thickening agents and more.

Gluten free diets are often confused with grain free diets, but one doesn't need to avoid grains to avoid gluten. There are a variety of nutrient dense whole grain options that are also free from gluten. Gluten free also doesn't mean low carb. In fact a number of gluten free products are made using starchy vegetables in place of wheat, rye or barley.

Whole grains can provide important nutrients to the diet - including B vitamins, fiber and magnesium. And they're thought to have protective health benefits against heart disease, diabetes and cancer (1). So it is recommended to cut them out all together.

Here are some common grain and starch options you might want to consider when going gluten free:

Many of the substitutions for gluten free are derived from rice - like pasta, tortillas, breads and crackers. Rice of any kind (wild, white, basmati, brown, you name it!) is gluten free.

Stickier forms of rice in particular can be used as an alternative grain to wheat in your cooking and as a carbohydrate in your meal to add to your protein. The only word of caution is to beware of rice containing other ingredients such as mixed into pilafs or with sauces that may not be gluten free.

Oatmeal and oats are naturally gluten free, but like many other foods it is possible to be contaminated with wheat, barley and other gluten containing grains - and many popular brands cannot be considered gluten free.

This contamination can occur when the oats grow next to gluten containing grains or when they’re processed at the same facility (2,3). To address this concern there are many gluten free oats that are carefully picked and processed to not contain gluten. Just make sure you look for a clearly labeled claim or certification!

Contrary to what some may believe quinoa is a seed and not a grain and therefore it is technically gluten free. With it’s excellent nutritional profile of protein and vitamins including many B vitamins quinoa can serve as a fantastic alternative for gluten containing grains.

But there is still some debate around this common gluten free grain option. How come?

Well, there have been some concerns that individuals allergic to gluten may also be allergic to quinoa. This is because quinoa does contain some proteins that are similar to gluten and therefore may react as an allergen similar to gluten in the body. While most studies have supported Quinoa as safe for individuals with gluten allergies, there is still controversy over whether or not it is it may cross react to some people (4,5,6). More research is needed to determine whether or not individuals with Celiac Disease and other forms of non-celiac gluten sensitivity also have a negative reaction to Quinoa.

While technically not a grain, all potatoes are gluten free and often serve as veggie based alternative to gluten containing ingredients. Flour, pizza crust, breadcrumbs, and lasagna can all be made out of potatoes with these as just a few examples of countless possibilities.

Corn is another common starchy veggie used to replace gluten containing grains in popular recipes. So yes, corn tortillas and chips are typically gluten free. However, corn bread is traditionally made using wheat flour, so don't opt for this as an option unless it is labeled gluten free.

Here's a list of the some other nutrient dense and gluten free grain options you can consider:

How to Go Gluten Free When Dining Out

Even though most restaurants are using fresh ingredients and more "whole foods", finding gluten free restaurants or safe options when eating out, might take a look more strategy than cooking foods at home or buying certified pre-made options. Because of high risk for cross contamination, not all restaurants are going to be able to handle gluten allergies. And eating out requires you to be your best advocate, by knowing what to look for, what to avoid and how to communicate your dietary needs clearly.

Once you fully understand your dietary needs, the next step is finding a restaurant that offers gluten free meals. You can do a little digging and planning ahead by searching online or calling the restaurant ahead of time. 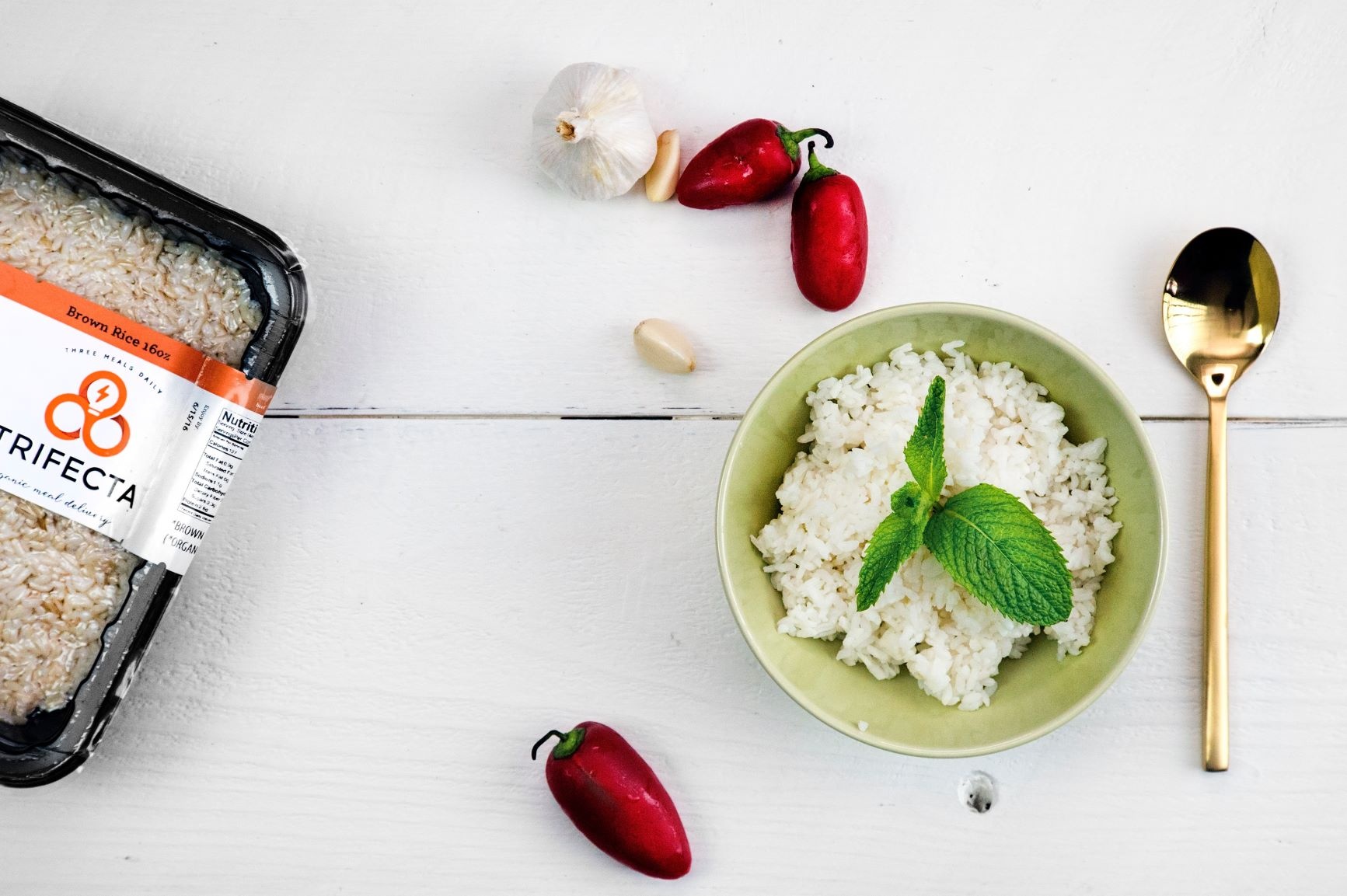 For those that love cooking at home there are an abundance of gluten free recipes online and in a myriad of cookbooks to get you skilled in mastering the art of cooking all things without gluten while still maintaining a healthy diet. And once you’re more accustomed to utilizing these gluten free ingredients, it becomes progressively easier to not only remake your favorite recipe but to create your own recipes with your new library of ingredients.

But cooking all your food at home takes a lot of time and can also get expensive when using specialty ingredients for substitutions. If you don’t have time to cook all your meals or meal prep for a gluten free diet, Trifecta delivers organic, fresh, and always 100% gluten free and fully prepared healthy food weekly to your doorstep.