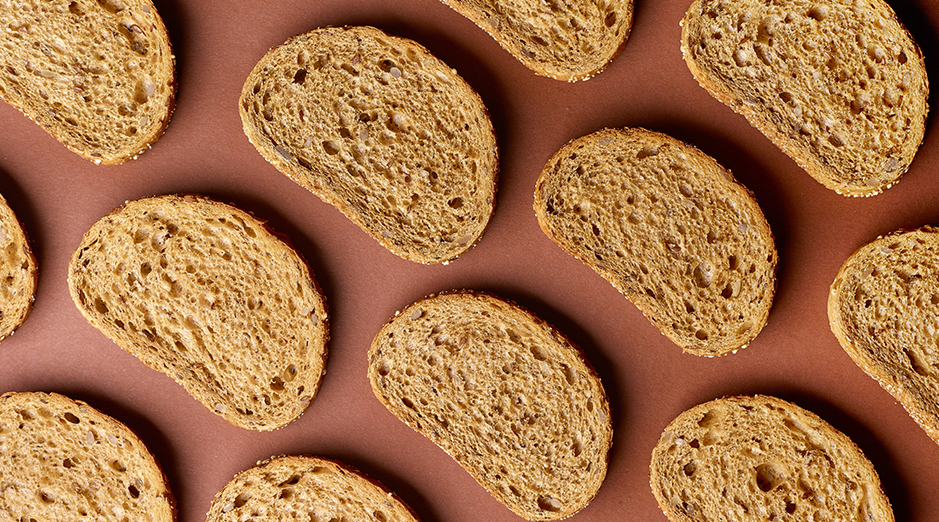 Celiac disease can be  dangerous  - and it can also be hard to know if you have it. No wonder so many people are afraid they might also have a reaction to gluten.

What's the harm anyway in thinking you have a problem with gluten even if it turns out you don't?

You may have a different disease all together and could be missing out on your real diagnosis and treatment. And because gluten is in so many foods,  you can cause yourself to have nutritional deficiencies unless you learn how to eat healthy gluten-free.

Here's the science behind celiac disease and other suspected gluten related conditions like non-celiac gluten sensitivity.

Celiac disease is an autoimmune condition caused by a reaction to gluten - a protein found in some grains.

It is estimated that up to 2% of people may have celiac disease (1,2).

However, a very large and growing percentage of the population believes that they have a health problem related to eating gluten. One study found that 32% (that’s 1 out of every 3 people!) thought they had a reaction to gluten in 2015. This was a 250% increase from a similar group of people that were sampled just 3 years prior in 2012 (3).

That's quite a big difference from the 1-2% prevalence of documented gluten related health diagnoses.

But because diagnosing celiac disease can be challenging, there’s no way to be 100% sure additional people don’t have celiac disease or other gluten related disorders without somewhat invasive testing.

The two main diseases caused by gluten is celiac disease and dermatitis herpetiformis. These are both autoimmune conditions. This means that the  immune system causes damage to parts of the body when gluten is eaten.

In celiac disease the immune system damages the intestines. And in dermatitis herpetiformis this damage occurs on the skin.

What is Gluten Intolerance and Do You Have It?

Outside of a diagnosed reaction to gluten, it is also argued that one could be intolerant of it. This is also known as non-celiac gluten sensitivity (4).

Gluten intolerance (non-celiac gluten sensitivity) is the term some people use to describe individuals who test negative for celiac disease but still feel badly when they consume gluten.

But what exactly determines gluten intolerance? What are the symptoms of being sensitive to gluten and how is it diagnosed?

Symptoms of gluten intolerance can vary and may include:

What Evidence Supports the Diagnosis of Non-Celiac Gluten Sensitivity?

Some studies have suggested that people who test negative for celiac disease may still suffer from some of the disease symptoms. Furthermore, many people who decide to live gluten-free report anecdotally “feeling better” off gluten.

While this is certainly not enough evidence for advocating everyone to go gluten-free, it’s intriguing to think that there may be something that some people like about eliminating gluten from their diet. However researchers  haven’t yet been able to determine solid details about what that thing is.

As long as a gluten-free diet is approached in a well rounded healthy manner, there is no harm in eliminating gluten. Therefore, if people genuinely feel better off gluten, then this is a harmless fix.

What Evidence Is Against the Diagnosis of Non-Celiac Gluten Sensitivity?

However studies have found that the symptoms experienced by people with gluten intolerance are often not relieved when they stop eating gluten. Studies have also questioned if the discomfort people feel are even related to the ingestion of gluten.

Furthermore, research to date hasn’t found a physical marker to identify those who feel they have a gluten intolerance and otherwise test negative for celiac disease. This means research hasn’t yet found anything tangible that shows gluten is causing the symptoms described by individuals with non-celiac gluten sensitivity (5, 6).

This is concerning because we may not be correctly diagnosing or treating many people who believe they have a gluten intolerance. And we can’t be sure that gluten is even the cause of the discomfort some of these people experience.

One theory is that some of these people may have a form of irritable bowel syndrome (IBS) with sensitivity to a specific group of difficult to digest carbohydrates found in a number of foods. In particular these are fructans, galactans, polyols, fructose, and lactose - also commonly referred to as FODMAPs (fermentable oligo-, di-, mono-saccharides and polyols).

One well performed double blind study that supports this theory found that there was significant improvement in symptoms when individuals with suspected non-celiac gluten sensitivity ate a diet low in FODMAP’s. What’s more, the study showed the same people weren’t affected by gluten.

By using a form of “fake gluten” (placebo), these researches found that there was not any difference in the symptoms of participants who ate real gluten compared to those that ate fake gluten (7).

This study suggests that these individuals may not be sensitive to gluten, but may instead have an allergy to something else. While FODMAPs are another possibility, they also haven’t yet been determined to be the cause for everyone with these symptoms.

All of these factors combined makes the diagnosis of non-celiac gluten sensitivity quite hazy. For individuals in whom eliminating gluten is truly effective in resolving their symptoms, the problem is solved.

However, for the majority that continue to experience negative symptoms after going gluten-free, the story is just beginning. More research is definitely needed to better identify what is causing these people to suffer and how to more effectively treat them.

Some people think a gluten-free diet may help many other conditions without a diagnosed intolerance. A good example of this is autism.

Autism is a neurodevelopmental disorder involving repetitive behavior, impaired communication, and impaired social interactions. We still don’t know what causes autism and while some medicines can help some of the associated symptoms of autism in some people, there isn’t any proven cure for the core symptoms.

What’s gluten got to do with it? Probably not much.

While there is a lot of talk in various communities about gluten being part (or all) of the cause of autism, there hasn’t been any good evidence to support this. There have not been any higher rates of celiac disease identified in children diagnosed with autism.

Why not have these kids eat gluten-free just in case?

Unfortunately, unless you’re very careful this can have negative consequences for your child without providing any known benefit. Proper nutrition is critical for a child’s development. The most common gluten containing grains are wheat, barley and rye.

Getting rid of gluten requires a child to eat a restrictive diet that can eliminate many common foods that are providing them with critical nutrients (including vitamins, amino acids and proteins) (10).

Therefore, it is generally recommended to not have children go gluten-free unless they have a  diagnosis of celiac disease or are working closely with a dietitian to ensure they are meeting their nutritional needs.

Bottom Line: If you're feeling badly, it's important to work with your doctor to help identify a cause. And if you're wanting to go gluten free for whatever reason, just make sure you're eating a well balanced diet that still provides all of the micronutrients your body needs.

Looking to avoid gluten without the hassle? Get a variety of healthy, ready-to-eat gluten free meals delivered fresh every week.