Find an exciting and well thought out paleo bread recipe to use for sandwiches, breakfast avocado toast, or as a snack. This recipe is grain-free, gluten-free, and dairy-free, slightly firm and yet fluffy at the same time. Think a combination of white and banana bread, made paleo-friendly.

Paleo baking strips away the essence of what makes typical bread, well, bread. That is gluten, a protein present in grains like wheat that is formed while the bread is kneaded. In order to make breads that meet the paleo diet guidelines, alternative flours that lack gluten but yet compliment each other, need to be used.

Combining flours is the key to producing a palatable and texture-friendly bread. All of the flours used for paleo recipes are gluten-free, which is a big plus for any person with celiac or a true gluten sensitivity. This recipe uses a combination of almond flour (also known as the ‘AP flour’ of paleo baking), rice flour, and tapioca flour. The tapioca lightens gluten-free baked goods, giving it a texture similar to typical bread.

Last but not least, gluten-free flours typically require an added layer of moisture. That’s where the oil comes into play. I suggest using avocado oil due to its neutral flavor. Along with this, I also included honey to add a much needed level of sweetness to the loaf.

The macros of this bread are well balanced for each slice:

How To Make Paleo Bread

This recipe takes about 15 minutes to prepare, 45 minutes to cook, and yields 18-1" bread slices.

In a bowl, mix all dry ingredients together; meaning the almond flour, tapioca flour, rice flour and baking soda.

In a smaller bowl whisk the egg whites until you get soft peaks. Feel free to use an electric mixer for a faster stiffing of the egg whites. In a separate bowl, crack the whole eggs and whisk. Add the vinegar, avocado oil, honey, and almond milk. Whisk once again to mix. 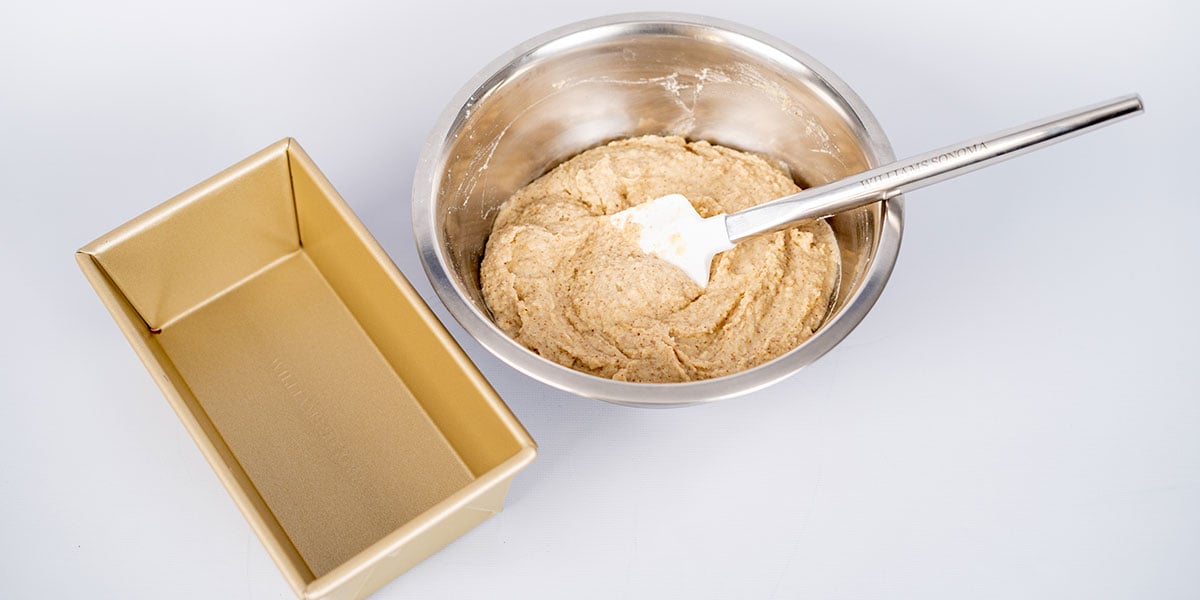 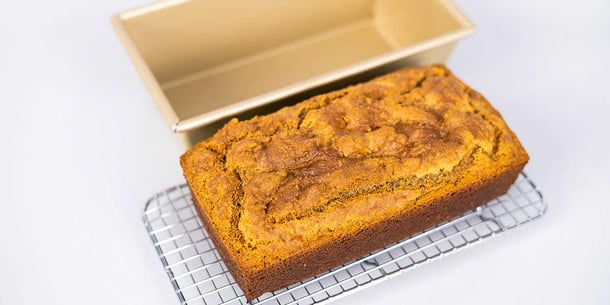 Liberally grease a loaf pan with oil. Add the mixture to the pan, spread evenly, flatten, and bake for 45 minutes in a convection oven. It may take about 1 hour in a conventional (no fan) oven.

After 45 minutes, remove loaf from the oven and let rest for 15 minutes to up to an hour. Remove from the pan and slice into 1 oz thick slices.

How To Store Paleo Bread

After baking, feel free to store the bread whole in a large freezer bag or sliced in individual sandwich bags. You can also freeze the bread if you won’t be eating much of it. The tapioca flour helps in retaining the bread’s texture (compared to other GF flours).

Make sure you thaw it at room temperature well before you need it, placing it on paper towels so that any potential moisture released is absorbed. Granted, fresh bread always has a unique feel to it.

This recipe can be cross utilized with various other recipes or dishes:

For more inspiration on different paleo foods, check out this list.

The perfect balance of gluten-free flours yields the perfect texture and flavor for this paleo gluten-free bread loaf. Make it once and use it as needed for your meal prep!

If you made this recipe, tag us on Instagram @Trifecta

If you have any comments or questions, tag @ChefMario