Plant based foods are bigger than ever. For ethical, environmental and dietary reasons, millions of Americans are forgoing meat, seafood, dairy and other animal products in favor of healthy, protein rich meat alternatives. Vegan cuisine offers more variety than ever before with meat alternatives you may mistake for the real thing.

In this article we’ll explore substitutes to meat old and new, check out their advantages and see how they can fit into your diet. Whether you’re a dedicated vegan or just need an upgrade for Meatless Monday, we’ll solve the mystery to meat alternatives.

What are Meat Alternatives?

Meat alternatives are food products intended to complete a meal in the same way meat does in typical omnivore dishes. In western culture, meat is the star of the show, center plate with the role of rich and filling satisfaction. Meat provides most of the protein in an average diet as well as the majority of flavor.

Standing in for such an important part of a meal is no easy feat, especially in meat loving America. But resourceful cultures, including ours today, have spent centuries innovating and improving delicious meat substitutes that are healthy, better for the environment and delicious. 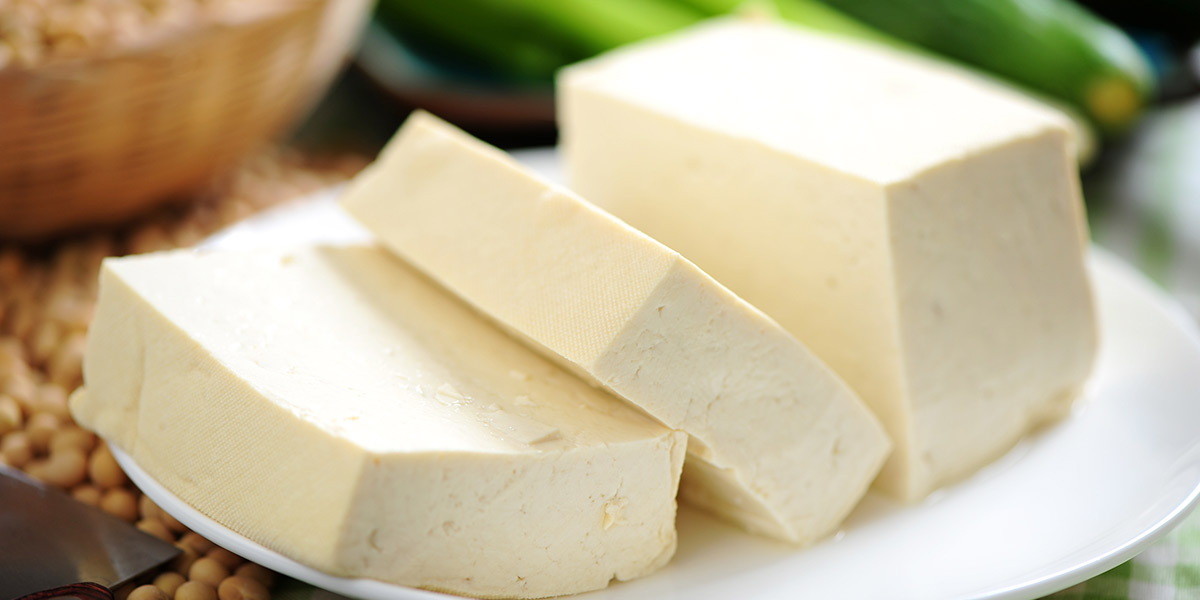 Tofu is a tried and true meat alternative that has been around for centuries. Made from coagulated soybean milk, tofu was first recorded in China during the Han dynasty nearly 2000 years ago. Tofu is a major source of protein for cultures across Asia but didn’t gain popularity in the United States until the mid 20th century and its reputation has been mixed.

Because of it's consistency, tofu soaks up flavor and can be seasoned and prepared dozens of different ways.

Tofu is high in protein, vitamins and minerals as well as all nine essential amino acids, acids not produced in the body and often obtained from meat (1).

I think tofu shines best when paired with flavors of it's Asian roots. Gently fried and served in a warm dashi broth, Japanese agedashi tofu is one of my favorite meals, especially when I’m not feeling well. 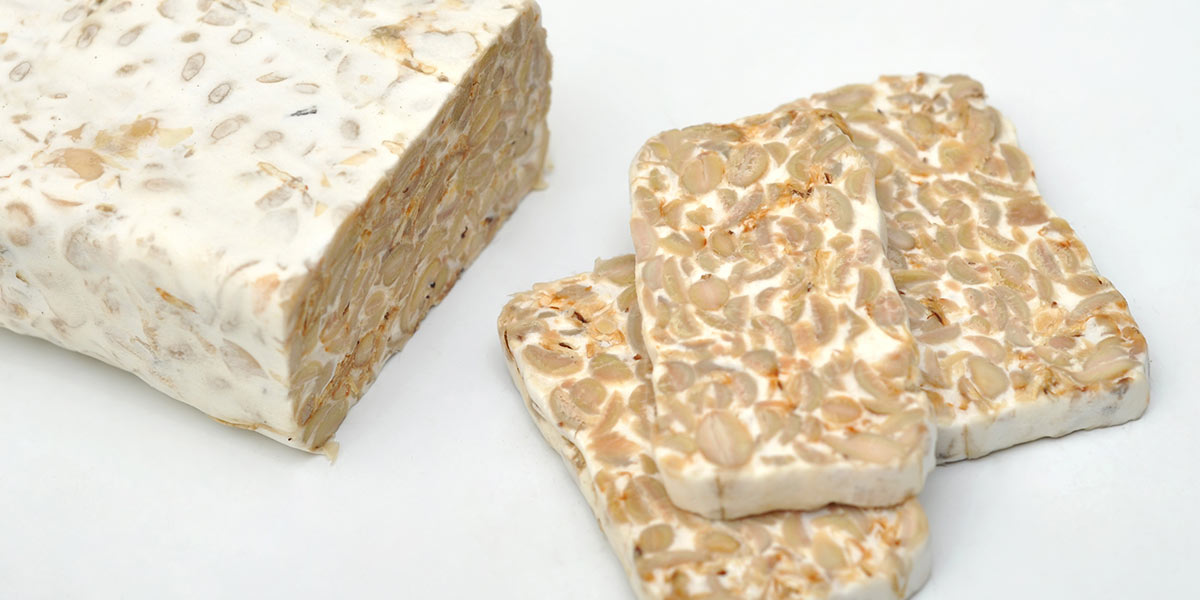 Tempeh is a meat substitute from Indonesia that is also made with soy. Unlike tofu though, tempeh is made from fermented soybeans. Where some complain about tofu’s lack of texture, tempeh has a texture in between meaty and crunchy that’s a nice alternative.

Try traditional tempeh goreng from Indonesia or use it in place of corned beef in a vegan reuben sandwich. 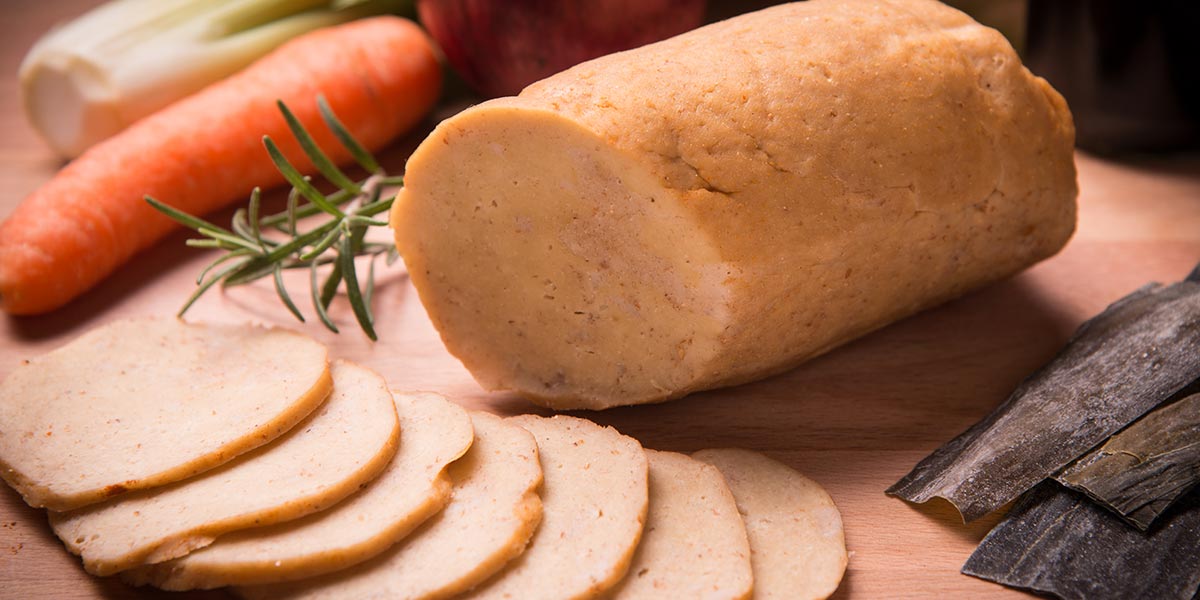 Another import from China, seitan was popularized in the 6th century by Buddhist monks who kept meat free diets for karmic reasons. Unlike its soy based siblings on this list, seitan is made with wheat proteins by rinsing wheat until all that remains is it's gluten.

Seitan is super high in protein but soy free. Gluten free eaters will have to steer clear though as seitan literally 100% wheat gluten.

Seitan’s meaty texture makes it a perfect replacement for beef, chicken, pork or lamb. It's excellent in a gyro slathered in tzatziki or served as a roast on any holiday table. 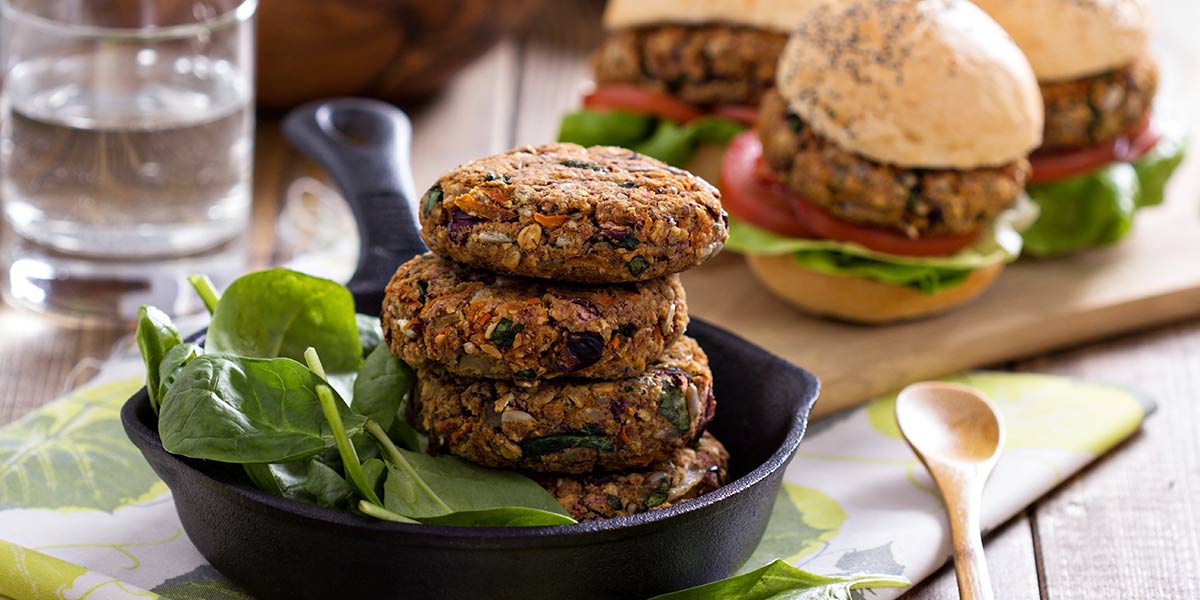 I love veggie burgers. Even when I ate meat I’d always order a veggie burger at a restaurant if it were house made (veggie burgers with bacon are especially good). Most veggie burgers use beans as their base. White or black, beans offer texture and protein rich density to the patty to mimic a traditional burger without trying to imitate its flavor.

Beans are a source of folate, fiber, and iron and some research suggests that a diet high in plant-based proteins, like beans, may positively impact heart health, diabetes, and obesity (9).

Beans are the staple protein for swaths of the world, served with rice for a complete and inexpensive meal. But beans can go way beyond the basics. Garbanzo beans, for instance, mixed with celery, pickles, vegan mayo and Old Bay seasoning make an uncanny ‘tuna salad’. 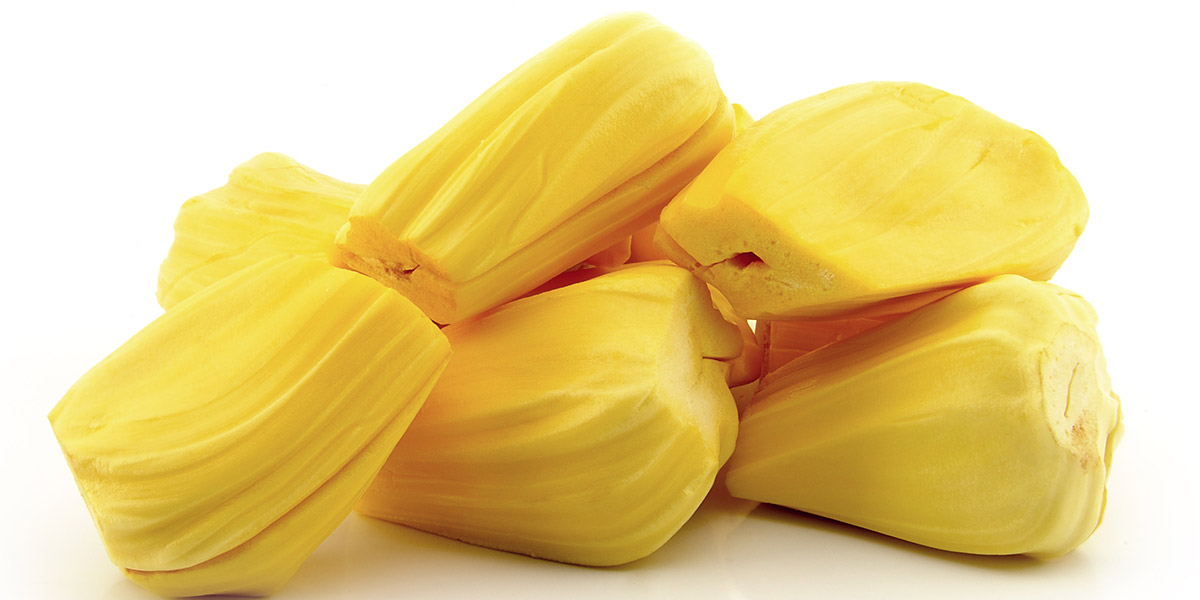 Conventional wisdom wouldn’t have you turn fruit to replace the savory taste of meat but some are certainly up for the challenge. Coconut for instance can be turned, surprisingly, into a sneaky stand in for bacon. Yeah, bacon.

Jackfruit is a fruit you may be less familiar with but is making its way onto more meat-free menus across the country. When boiled unripe, this prickly South Asian fruit becomes tender and stringy, giving it a texture similar to pulled pork or shredded chicken.

While fruits can go a long way impersonating the taste of some meats, they do not stack up when it comes to macros. Even the highest protein fruits, like avocados, will not do the trick. Make sure you are supplementing elsewhere in your recipe and diet.

There are plenty of meaty veggies out there to satisfy your hankering for a juicy main course. Eggplants and gourds are great examples. But for a vegetable that’s worth its weight in macros, turn to cauliflower.

While certainly not to be used as a primary source of protein, for it's protein to calorie ratio, it’s a great choice. Cauliflower also contains fiber.

Cauliflower can be grilled or roasted as crosscut steaks or cut into florets, fried and tossed in buffalo sauce for game time apps. 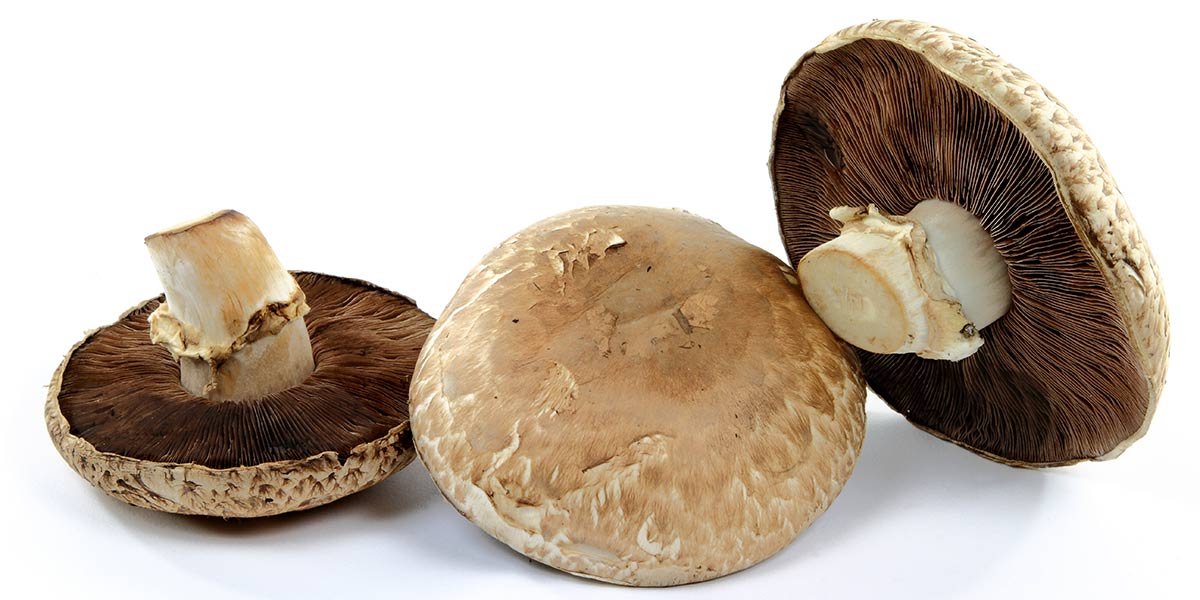 Portobello, chanterelle, oyster and other mushrooms are savory stand-ins for lots of meat dishes. Sauté with pasta or grill whole for a pop of umami on any occasion.

For a unique taste, replace seafood with your favorite mushrooms for a vegan ceviche. Bursting with the bright acidity of the authentic Peruvian dish, the texture of the mushrooms mimics the raw shellfish well.

There are more plant based meat alternatives on the market today than ever before. The vegan diet isn’t just a lifestyle anymore, it’s a multibillion dollar industry and companies are rushing to create the next product to replace meat as we know it. Modern meats are unveiled today at technology shows, not food expos, and the sophistication to create them is unprecedented.

Beyond Meat® is famous for their plant based hamburger patty that “bleeds”. Beef bleeds because of a protein called myoglobin that forms complexes with iron molecules in the skeletal muscle of animals (19). Leghemogloben is a protein similar to both myoglobin and the hemoglobin found in blood but comes from the root nodules of leguminous plants like soybeans (20). By isolating that protein and combining it with pea protein and other ingredients, the result is rose colored meat that leeches fat and juices when cooked, much like red meat.

Beyond® patties are high in protein but also higher in sodium so avoid seasoning the patties with as much salt as you would with a beef burger.

Impossible Foods is following up its successful beef alternative with Impossible™ Pork. For religious or ethical reasons, billions of otherwise meat eaters eschew pork from their diet. Impossible™ Pork is designed for halal and kosher certification (23), promising the flavor of pork for everyone. Impossible™ Pork is made similarly to it's beef product, with soy proteins and the meat mimicking ‘heme’, that gives it it's flavor and aroma.

Most appealing is how it stacks up against ground porks nutritional facts, offering comparable macros as a fraction of the calories. And with pork being the number one consumed meat in the world, the success of a pork alternative has big implications for environmental sustainability. 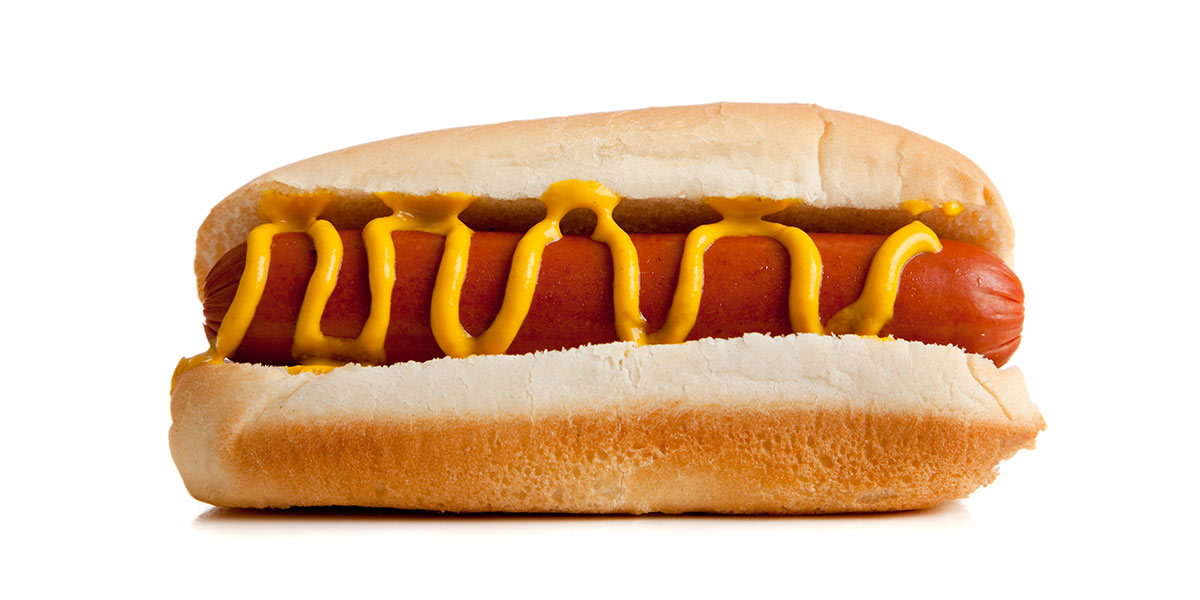 Barely identifiable meat on their own, hot dogs have been hard to replicate in plant based form but Lightlife® might have the best take to date. Made with soy and pea protein isolate, the Smart Dog is incredibly close to mastering the hot dog.

With zero nitrates or msg, Smart Dogs are an appealing alternative to hot dogs for some.

For their health benefits, ethical considerations and environmental advantages, meat alternatives offer attractive centerpieces to your next recipe. Today we have the benefit of looking everywhere for inspiration: back thousands of years to cultures and cuisines centering meat alternatives, and forward, where the taste and satisfaction of meat is being perfected in plant form.  As design processes improve, companies are looking to move beyond ground meat alternatives to fully replicated tissue: vegan meat that looks and eats like chicken breasts and steaks.

Avoiding meat doesn’t mean abandoning the nutrition and celebration of it. Try one of these meat alternatives today in our vegan and vegetarian meal plans or pair your own with Trifecta’s ready to eat grains and vegetables.