Gestational Diabetes and Pregnancy: 8 Things You Need to Know

Uncontrolled diabetes can be extremely dangerous for both the mother and baby she is carrying. To make things worse, pregnancy in of itself can be a trigger for diabetes development in many women who never had the condition before.

Luckily, many of these complications can be avoided and a healthy pregnancy can be successful with careful management of the disease.

This guide explains symptoms of gestational diabetes, complications if the disease isn't controlled, and how to have a healthy pregnancy.


What is Pregestational Diabetes?

Diabetes is a disease caused by high blood glucose (sugar) levels. This occurs when the hormone that normally regulates blood glucose, called insulin is either not available or not working in the right way.

Pregestational diabetes is the term for women who already have diabetes and become pregnant.

This includes women with either type 1 diabetes or type 2 diabetes.

What is Gestational Diabetes?

Simply put, gestational diabetes refers to women who develop diabetes during their pregnancy.

Gestational diabetes is thought to occur in 2-10% of all pregnant women each year (1). If they commit to the right diet, exercise, and sometimes medications, many will not continue to have the disease after they deliver their baby.

The signs of gestational diabetes are similar to developing any type of diabetes. Many women do not have any symptoms.

Risks of Diabetes in Pregnancy

Identifying and treating diabetes in pregnancy is so important because it can have devastating effects on the baby and mother if it’s not.

Baby (Fetus) Has an Increased Risk of:

Mother Has an Increased Risk of:

All of these terrifying conditions are much more likely to occur if sugars are not controlled.

All pregnant women should be checked for diabetes by their health care team as part of routine prenatal care. In the United States this is usually done between their 24 and 28 weeks of pregnancy with a fasting blood glucose test. If an abnormality is found, more tests need to be done.

This usually includes something called a glucose tolerance test. This test involves drinking sugar and then performing blood tests to see how their body responds to the sugar. If their body is not able to process this sugar appropriately, they are diagnosed with gestational diabetes.

A woman’s body goes through so many changes with pregnancy.

In preparing to help support the baby, the woman’s body begins to release hormones that help provide the baby with nutrients. Unfortunately these same hormones also make processing glucose more difficult for the mother.

Most women are able to compensate for this. However some susceptible women are not able to overcome the increased demand for insulin. This results in insulin resistance and high blood sugar levels.

The most common factors thought to contribute to gestational diabetes are included below.

What you put in your body tremendously affects how insulin and glucose are processed and can lead to diabetes. Eating the wrong type of food and being overweight is the biggest risk factor for developing gestational diabetes.

A sedentary lifestyle is also a major risk factor for gestational diabetes.

It also seems as though there is a genetic component that can put some people at higher risk for developing gestational diabetes.

The goal of diabetes care in pregnancy is to keep sugars controlled with as little fluctuation from normal as possible. This is important in the treatment of all types of diabetes - and is especially true in pregnancy.

Your healthcare team can provide you with additional recommendations on diet and possibly medications to achieve more consistent glucose control. 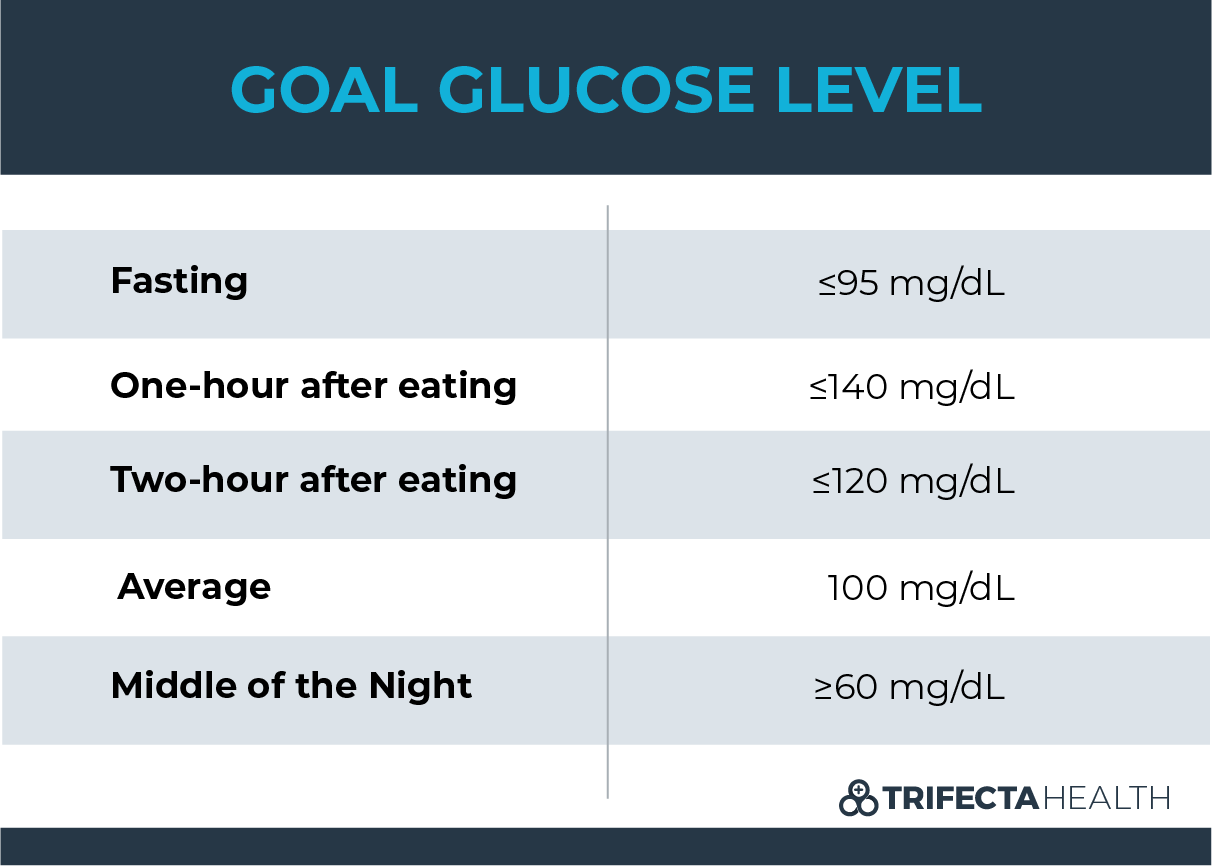 Diet is at the cornerstone of weight loss and blood sugar control. Eating portion controlled heart healthy foods at the right times and taking medications as directed by your doctor can lead to successful sugar control.

Pregnant women can and should still exercise unless told otherwise by their doctor. The American College of Obstetricians and Gynecologists recommend mild to moderate aerobic exercise for at least 30 minutes daily at least 5 days per week.

Not all women with diabetes will require medications in pregnancy. However, it all depends on what type and how severe the diabetes is. Some women will be able to control their disease with careful diet and exercise modifications alone. And all type 1 diabetics will require insulin throughout their pregnancy.

It’s important to follow closely with your doctor and take any medications recommended by your heatlhcare team.

Because there can be such a high risk to the baby being carried, many more office visits and tests are recommended in women who are pregnant with diabetes.This is especially true for pregnant women with disease significant enough to require medication. In fact it’s usually recommended that these women are evaluated at least weekly starting at least by 32 weeks.

The most important treatment for gestational diabetes is eating the right food, exercising and weight loss. Depending on how severe the condition is, medications may also be needed to help control the sugars.

Women with gestational diabetes are at increased risk of diabetes after delivery - especially during future pregnancies.

The American College of Obstetricians and Gynecologists recommends pregnant women with diabetes to check their blood sugar after their delivery in 4-12 weeks. If it is normal at this time, there is still a higher risk of developing diabetes, and it is recommended to get rechecked in the following 1-3 years (3).

The increased susceptibility to diabetes makes continuing a careful calorie controlled diet and exercise regimen even after delivery that much more important to getting rid of the disease for good. 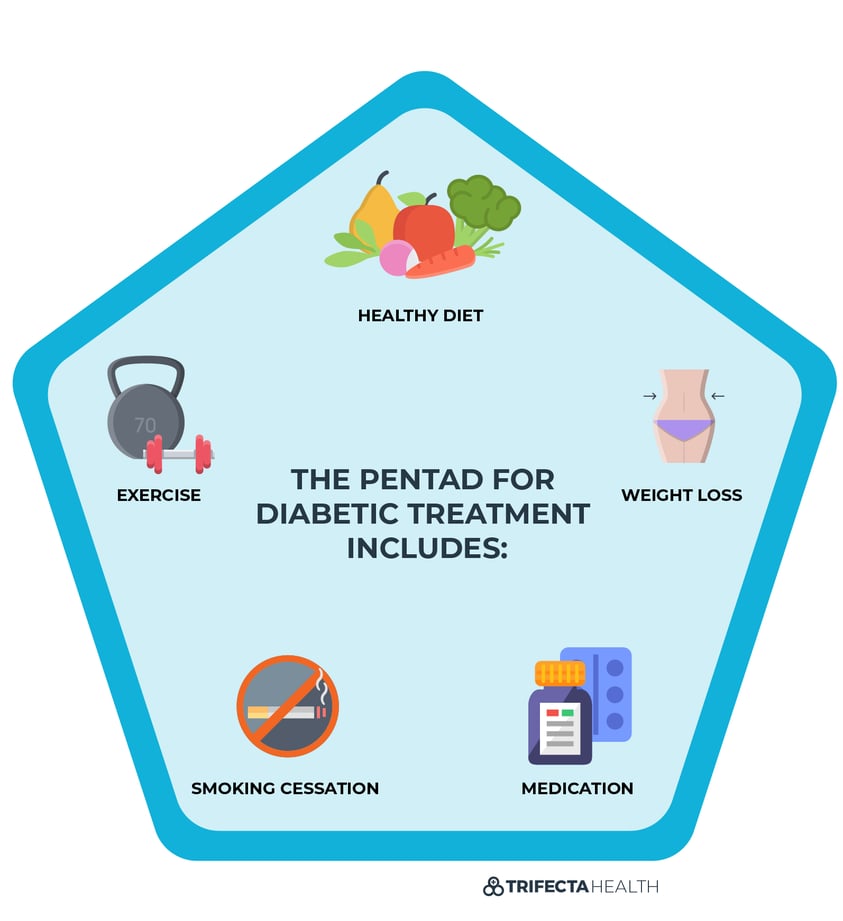 Give your body the nutrition it needs to thrive and control your blood sugar with ready to eat diabetic meals delivered right to your home every week.