11 Keto Flu Symptoms and What Causes Them

No, it's not all in your head, keto flu is real and can feel just like the real flu - which is exactly how it got its name. While it isn’t life-threatening or dangerous, experiencing keto flu can feel pretty difficult be it can make many people feel awful.

Some may find it so bad, that it discourages them from continuing their keto diet journey. Because all of our metabolisms can behave just a little bit differently, the symptoms and the severity of each appear to affect everyone a little differently.

The ketogenic diet is rooted in controlling macronutrients with the goal of transitioning the body into a metabolic state called ketosis. Ketosis encourages the body to become more effective at burning fat - and potentially can promote faster weight loss.

Understanding how to hit your keto macros for ketosis takes a little bit of time and adjustment, but with practice, it gets easier!

Be aware that following a keto lifestyle requires strict adherence to macronutrients. Meaning, you have to keep track of your calories and macronutrients to ensure you are not going over your carbohydrate count, or that you are consuming too many calories from fat, potentially causing weight gain.

Depending on your activity level, and personal size, the number of carbohydrates and calories you need per day, vary. Know that you can start slowly transitioning your body into a full ketosis state by slowly incrementing the percentage of fat you eat in your diet. Once you find your personal macros, you can easily adjust this keto plan for yourself.

However, to make it easier for you, you can use a keto macro calculator to find your macronutrient and calorie needs:

Enter your email address to see your results. We’ll also send you a follow-up email for your records.

While the thought of experiencing flu-like symptoms when starting a weight loss diet is less than ideal, many keto dieters celebrate this phenomenon as it is typically a key indicator you are on your way to the desired fat-burning metabolic state of ketosis.

But it is probably not ketosis itself that causes keto flu symptoms - establishing metabolic flexibility is a complicated process! The medical community really can’t yet say for sure exactly what causes the symptoms people describe as keto flu, but we do have some educated guesses. The main theories behind what causes the keto flu include:

In reality, each individual may have symptoms due to one or a combination of these factors.

Dietary carbohydrates quickly break down in your body to glucose. Your body regularly uses energy from stored glucose through a process called glycolysis - it almost always prefers this process.

When you cut out carbs and start eating more fat, your body is forced to transition from exclusively using glucose to also using fat for energy through a process called beta-oxidation and production of ketone bodies.

It’s harder and takes more time to use fat for energy. Therefore as the body is in a transition phase from using primarily glucose to also using fat for fuel, blood glucose can be lower than your body is used to - called hypoglycemia.

This relative hypoglycemia alone can cause many of the symptoms described by the keto flu. And while most of our bodies can compensate to ensure we maintain safe levels of glucose, this can be a dangerous condition in people with type 1 diabetes or anyone on medication for diabetes.

Switching from a high carb diet to basically little to no carbs can be a shock to the system, and depending on your carb intake prior to going keto, this can feel better or worse for some of us.

Some research suggests that many of us may be physically addicted to carbohydrates.

Many people experience the same process of binging, withdrawal, craving, sensitization, and overall dependence on sugar as is seen with other forms of addiction, such as alcohol. Literally the same areas of the brain that light up with drug addictions similarly light up when people eat carbohydrates. Neurotransmitters in the brain strongly associated with addictions, such as dopamine are also released when eating carbs (1,2).

Could keto flu just be our response to withdrawing from carbohydrates?

There are some theories that thyroid hormones can also be temporarily altered with carbohydrate restriction. Lower levels of T3 - an active thyroid hormone in your blood - can lead to many symptoms including fatigue, constipation, mood changes.

While this is one theory that exists as a possible contributing factor to the keto flu, there really hasn’t been enough evidence to link low carbohydrate intake to subclinical hypothyroidism (3).

Insulin is the hormone in charge of storing glucose. In order to maintain a steady-state of glucose in the body, insulin rises when carbohydrates are consumed and maintains lower levels during times of fasting. When carbohydrates are not consumed, insulin does not rise as high after eating because there just isn’t as much glucose to store.

Because it can also affect the absorption and availability of water and electrolytes lower levels of insulin can contribute to changes in electrolytes in our body and dehydration. So transitioning into ketosis might encourage diuresis - a process where you may lose sodium and water (4).

Usually, these levels aren’t dangerous, but they can definitely contribute to feeling bad. 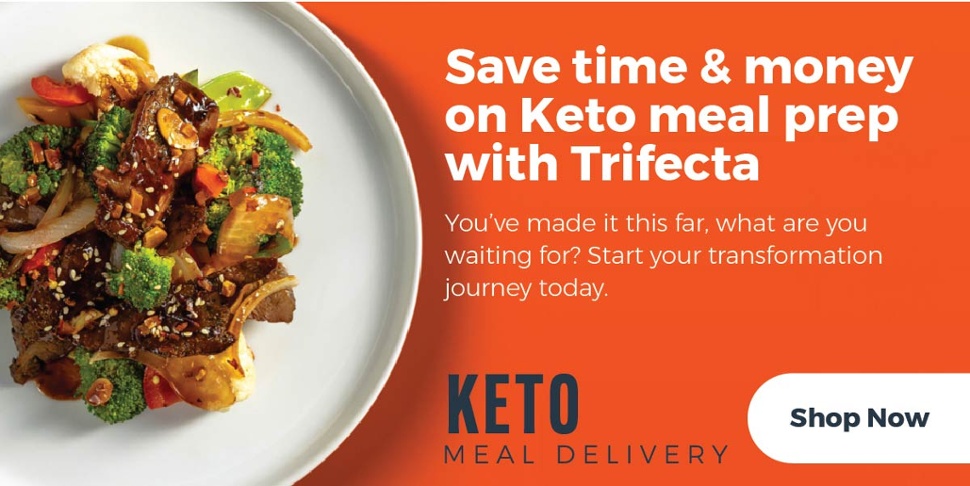 11 Signs and Symptoms of Keto Flu

Now that you understand what may contribute to causing keto flu, here are some of the commonly known side effects of keto flu to watch for:

Keto diets are praised for their hunger-busting capabilities, but this may not be the case at the start. Cutting carbs initially may lead to some serious cravings and increased appetite.

If your energy levels feel zapped, it’s likely because your body has run out of sugars as a fuel source and hasn’t quite figured out how to tap into fatty acids (ketones) effectively quite yet.

Carbohydrates are the desired energy source for your brain, meaning they are closely linked to your mood and self-control. Thus, eliminating them all of a sudden may create some serious mood swings at first.

An initial drop in your sex drive may occur as a result of the discomfort associated with keto flu. However, many claim this resolves itself over time.

Cutting back on your main energy source before your body can rely on fat for fuel, can leave you feeling a bit dizziness, but as blood sugar levels normalize this will typically resolve.

Similar to dizziness, a dip in carb intake, blood sugar, dehydration, and electrolyte imbalance can lead to headaches.

As your brain scrambles to identify and metabolize a new source of energy, you might experience some setbacks in the form of what some may describe as serious brain farts and a general “out of it” type feeling. While this is typically nothing serious, it can feel a bit unnerving for some.

As your body starts metabolizing and relying on ketone bodies, these can be excreted in your breath and put off a fruity, off-scent.

All of these changes along with potential hormonal fluctuations are likely the culprits behind sleep problems when experiencing keto flu. But as these things stabilize, likely so will your sleeping habits.

Fiber is a type of carbohydrate, and while keto diets aren't necessarily low fiber, changing up your food choices and cutting back on fiber-rich foods, like grains, can slow things down for a bit.

Your reserve source of carbs is actually stored in your lean muscle, so this change in glucose storage along with electrolyte fluctuations may lead to aches muscles.

Its always important to seek expert medical advice before starting any new diet, especially if you are experiencing other concerning symptoms outside of the common keto flu symptoms listed above.

The important thing to remember is that the side effects of starting the keto diet aren’t long-term. Many people that push through this phase report feeling better than they ever have in ketosis. And in the meantime, there are a few keto flu remedies you can try to help manage your keto flu symptoms.

Here’s your ultimate keto flu remedy guide to make this transition as smooth as possible and get your off on the right foot.

How to Start a Keto Diet: 5 Essential Steps for Beginners