How Sabrina Lost 20lbs in 8 weeks

PALEO, BEFORE AND AFTER • 4 min

PALEO, BEFORE AND AFTER • 4 min

Sabrina (@sabrinargordon), like many others, moved to a new city and along the way neglected her diet. Keep scrolling to learn more about how she went from having beers & peanut butter in the fridge to getting back on track and how Trifecta helped make the transition that much easier.

'A year living into San Francisco I was the heaviest I’ve ever been. Diet wise I was not in the best place.' - Sabrina Gordon, Chicago, IL

I grew up outside of Boston, I played Lacrosse in college and once I graduated I had no idea how to work out on my own. I wanted to move somewhere else and try something different, so being in the tech industry, I decided to move to San Francisco.

I was trying to get my foot in the door by making new friends, and a new job in a new city. During this time, I really neglected working out. This was a super different change for me having played sports my whole life.

I took a break from working out and dieting was something I never thought a ton about. I kind of had done enough sports to get away with eating what I want to eat. All of a sudden it became more important for me to diet when I saw my body change. A year living in San Francisco I was the heaviest I’ve ever been. Diet-wise I was not in the best place. Working out was something that I missed. I forgot it was something that I liked.

My friend from work introduced me to CrossFit and I instantly fell in love. Part of what made CrossFit more appealing was that it had a community aspect. I was so used to working in a team and just the fact of going to the gym by myself was unappealing and I wouldn’t know what I was doing at the gym. When you're doing CrossFit you have people to hold you accountable if you’re not showing up or slacking off when you’re there. 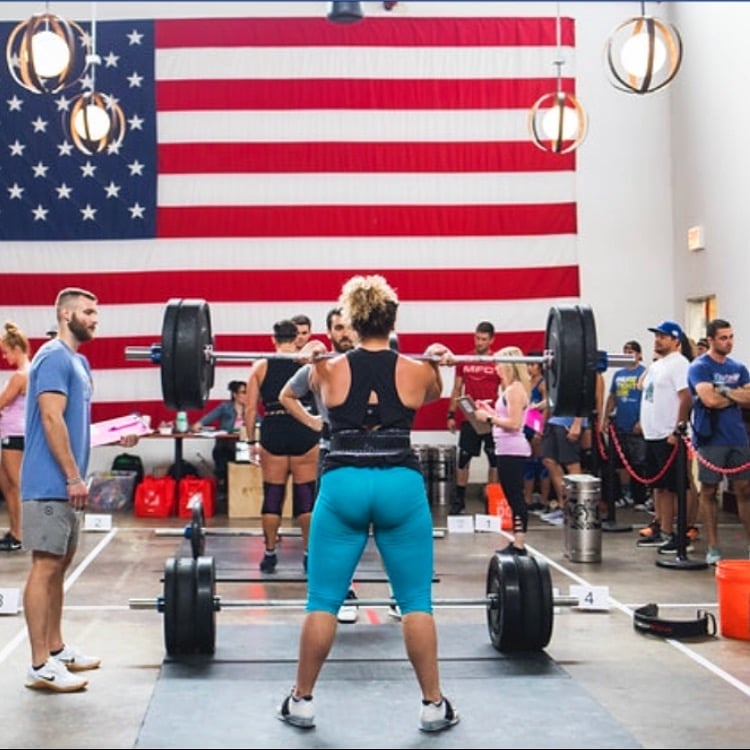 My health goals before Trifecta were mainly to lose weight. It was more about weights than appearance. I was trying to do more bodyweight movements.

The reality is that I am never home and so there is never anything in my fridge, my friends & boyfriend always made fun of me because there was just beer and peanut butter in my fridge. I just wanted to stay physically fit and weight lifting. I wasn’t really focused on my diet, I didn’t really care about it. I was relatively successful doing that pre-Trifecta. However, since I focused on my diet and started Trifecta, I’m still able to lift as much and I feel healthier all around better.

I’m still able to lift more weight at body weight. I figured I could make my way through breakfast and lunch but it would be awesome if I came home from work and I had some meals already ready for me that are super healthy. The biggest part to me was portion control because it’s really easy to cook healthy but then you can eat way too much of it. It really helps that every package is pre-portioned and the macros are listed on each individual package so I was able to keep track of all my calories throughout the day. With this, I was able to work towards this competition and also have an end date in mind. I knew I didn't want to count macros forever and with the Paleo meals, I don't have to do that.

With Trifecta, I was able to stick to a more conscious diet of counting calories. I was able to lose 14lbs in 6 weeks and then I signed up for another competition and lost another 6lbs. In total, I lost 20lbs and that was a big deal to me.

Discover what meal plan fits your lifestyle using the quiz below!

'Ok, I’m committing to this, even though I only have Trifecta for dinner, I’m not going to cheat the rest of the day. Otherwise, it doesn’t make the investment worth it if I’m only half doing it.'

Trifecta has made it a lot easier for me to eat healthy, both in quality of food and in the quantity of food. 1) It is very, very easy. It just shows up at my door and then I can reheat it. I think there’s also something about making a commitment and spending money on that type of thing that keeps you accountable to do it. It’s helped me go ‘Ok, I’m committing to this, even though I only have Trifecta for dinner, I’m not going to cheat the rest of the day. Otherwise, it doesn’t make the investment worth it if I’m only like half doing it.’ Otherwise, what’s the point?

Everyone always says how much weight loss and health is a lot more involved with diet than with exercise. As somebody who genuinely enjoys exercise, it was pretty easy to ignore and be like ‘Oh, I’m healthy enough.’ I exercise all the time. And it kind of is eye-opening spending 2 months on the diet portion of it when I’ve been spending 25 years on the exercise portion and see such a significant difference. I was like ‘Oh everyone was right, haha, that’s kind of a bummer, but it’s cool to see that I was able to make that progress.’

I was surprised at how quickly I dropped 20 pounds. I was heavier than what I wanted to be but a lot of that was that muscle is very heavy. Just being able to do a lot of pull-ups, push-ups, and things that just felt so far out of my reach became possible. There was an aesthetic piece of it, where all 20 lbs came directly from my stomach. All of my clothes are feeling really differently, a lot of clothes that I used to wear all the time don’t fit anymore. Things happen gradually and it was interesting to see changes happen overnight.

The Next Big Diet

There are a lot of fad diets that are happening and can seem really trendy. I would say finding something simple that works for you that are not so extreme has been super useful for me. Something as simple as counting calories, and knowing someday I’m going over what I want to and that’s ok has made this feel like it’s something sustainable for me vs trying to do something super restrictive and never being allowed to mess up. I think some people think ‘Oh I have to be doing the hardest, trendiest diet for things to work’ and it can be a lot simpler than that.

I think Trifecta is so easy to use that it makes it easier to stick to what you are trying to do with your diet.

Whether you're looking to lose weight, build muscle, or even gain weight, Trifecta can help.