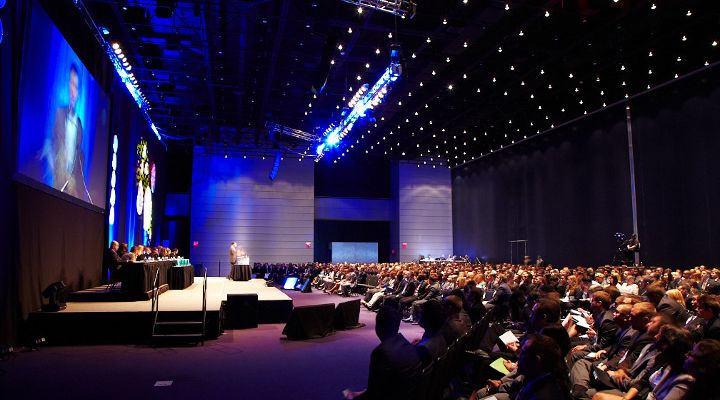 Best Ways to Connect with the Paleo Community

Sometimes it's great to have the option of reaching out to other people going through the same struggles as you are. People that are one step ahead of you, that can share their experiences and advice and what they have learned. Luckily, the Paleo community is one of the strongest communities around, especially online. You can find Paleo conferences and meetups that span a number of cities and countries throughout the world. In addition, there are Paleo gatherings on many platforms online. You are not alone in your journey of eating a Paleo diet. Below are some great resources to reach out to others, get advice and get your questions answered:

Attend lectures and training with some of the most influential celebrities and researchers in the Paleo community. Also have a chance to sample Paleo specialty products, connect with others and eat incredible Paleo food. Below are some of the larger current conferences related to the Paleo and Ancestral Health movements around the world:

Looking to meet other people on the Paleo diet in your area in person? There are a number of local groups that meet regularly for activities such as: potlucks featuring all-Paleo food, lectures and book signings by popular Paleo authors, trips to local organic, humane & sustainable farms, events at local Paleo Friendly restaurants, Paleo cooking classes and catering provided by local Paleo friendly businesses, and many other activities and events.

Forums can be a great place to share ideas and ask questions with other members of the Paleo community. Below are some of the most popular forums to discuss Paleo topics:

Paleohacks - A very popular Paleo diet forum/Q&A site that continues to be very active. It covers questions on all things Paleo, Keto and other variations. The focus is based on a Stack Exchange/Quora model where specific questions are answered and voted on rather than building a community.

Caveman Forum - One of the original forums to discuss the Paleo diet, it has been around since 2005 and still has active participation.

MyFitnessPal Paleo/Primal Community Group - An active subgroup of the MyFitnessPal app/website supporting those on the Paleo and Primal diets covering questions, advice and success stories.

Marks Daily Apple Primal Forum - Although technically focused on the Primal variation popularized by Mark Sisson rather than a fully Paleo diet, these forums are very active and a great resource.

Similar to forums, people following the Paleo Diet can be found hanging out and asking/answering each others questions in the following social media groups. A Paleo support group might be a better choice for those looking for more of a community feel rather than getting specific questions answered.  Reddit Paleo Group (subreddit) - A large and very active Paleo community interacts on Reddit. Some additional, but smaller Paleo related subreddits are: paleorecipes reddit, paleofoodpics reddit, frugalpaleo reddit and  Primal Meal Plan reddit.

International Paleo Movement Facebook Group - A longstanding and active Facebook group for those practicing Paleo around the world. The focus is on Paleo eating but all personal variations of Paleo are tolerated and accepted.

The Paleo and Primal Lifestyles Community - A fairly active Paleo community on Google Plus including recipes, photos, meals and recommended reading.

Paleo/Primal Community - Another community that has sprung up on Google Plus for the Paleo and Primal diets.

In addition to the groups mentioned above, I wanted to mention I personally am working on putting together periodic support group calls for those following the Paleo diet.

One great way to hold yourself accountable and interact with people at the same stage as you are in transitioning to Paleo is to join one of the Paleo challenges becoming popular at local CrossFit gyms and online. You will start the diet on the same day as everyone else in the group and be able to share struggles, questions and get support from others transitioning to eating Paleo along with you. For example you might be going through symptoms like carb and sugar withdrawal at the same time as other participants so you can each support each other through it and share tips and advice.

PaleoPlans 30 Day Paleo Challenges - Four times a year thepaleoplan.com hosts a nutritionist led free 30 day Paleo challenge with a Paleo Facebook support group. Although they encourage you to subscribe to their meal plans, the challenge is free and they offer a 2 week trial of their meal plans for those participating.

Trifecta Nutrition 21 Day Challenge - Trifecta occasionally sponsors a 21 day challenge where participants share results on their Facebook page and can win one of a number of prizes. See link for the most recent challenge.

Many local gyms offer Paleo Challenges at points during the year. For 30 day challenges available in your particular city check with local CrossFit and other gyms. The majority of gym challenges run in January and February to accommodate those who have chosen a Paleo challenge as their new year’s resolution.

The Community is Waiting for You

Hopefully this article has provided some resources and inspiration to help you connect with others that can support you through your transition to a Paleo lifestyle and beyond. After all, food (and health) is better shared. Cheers and best of luck on your journey to a healthier you!

Check out Paleo Meal Plans that make your diet much easier!

Does Muscle Weigh More Than Fat? 5 Reasons to Ditch the Scale

What is Carb Cycling? And 5 Reasons it Helps Your Diet

Paleo vs Whole30: Which One Should You Try?