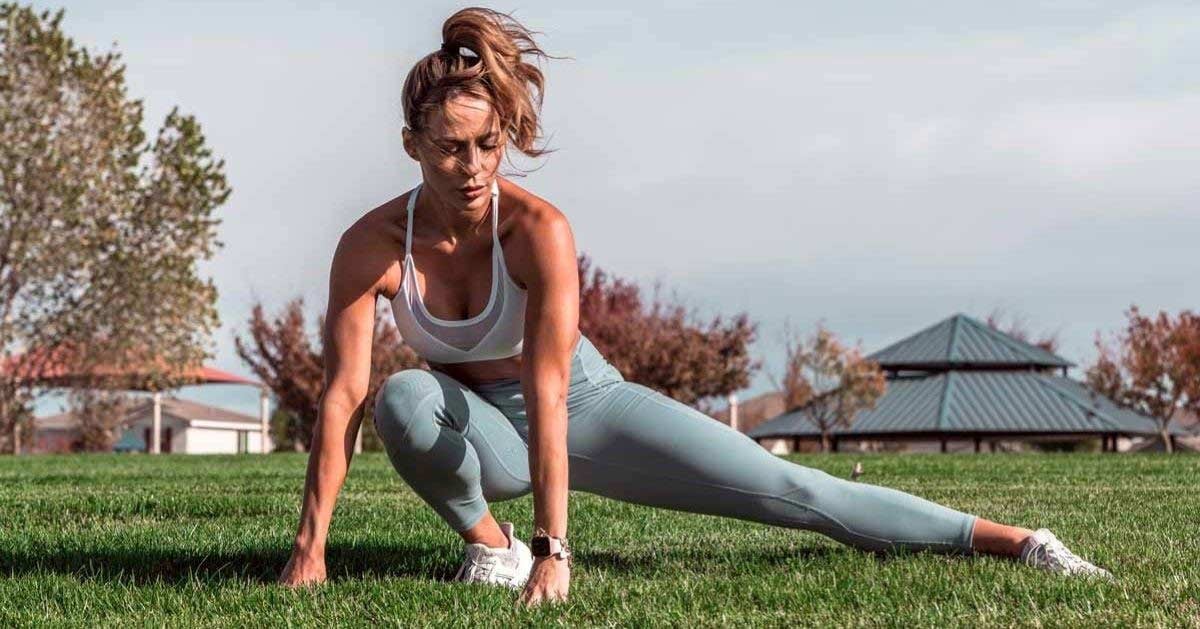 Deck of Cards Workout: What Is It and How to Do It

Looking for a new twist on your at-home workout routine? We’ve got the perfect sweat sesh to keep things interesting and jack up your heart rate for maximum calorie burn. The deck of cards workout has gained popularity all over social media lately, and for good reason - all you need is some motivation and a stack of playing cards.

Here’s how to do this trendy exercise and tips from the pros on to take things up a notch. Grab some playing cards, it’s time to hit the deck!

What is the Deck of Cards Workout?

The deck of cards workout is a fast-paced, conditioning-style workout that uses a deck of cards to randomly serve up various exercises and rep counts. Each suit corresponds to a specific exercise and the card number indicates the number of reps you have to complete.

Sounds easy? We promise it’s not.

“Physically, this can be a taxing workout on the body because of the amount of volume and short rest periods,” says Chris Parnell, a personal trainer at the SOHO Strength House in New York City. “Mentally, it’ll be exhilarating because you’re moving so much.”

That’s not to say the deck of card workout is simply an intense workout gimmick meant to break the monotony — it packs some real benefits. First and foremost, the time it takes to perform four exercises 13 times over, respectively, with no rest between moves demands some serious stamina.

Your conditioning is further challenged by the constant position changes. Over the course of the workout, you’ll most likely perform a set of push-ups, pop up to do a set squat, and hop back down for leg raises. These constant shifts are a minor but physically draining detail.

Compared to performing a humdrum shoulder routine that has you press, raise, and row some weights for four sets of eight to 12 reps, the card method keeps you guessing.

As you stand there, sweaty and gasping for air, you’ll flip a card eager (and possibly dreading) the result. It’s mentally stimulating and ultimately distracts you form the arduous task ahead.

How to Do It

Try this alone or with a partner, taking turns drawing cards, and working your way through the entire deck!

Get a sheet of paper, write down each suit in the deck of cards — ace, spades, clubs, and diamonds — and assign one exercise to each suit.

When it comes to which specific exercises are included - its dealers choice! If you need some inspiration, check out the bodyweight and strength training variations below.

Once you’ve identified which movements you want to include, you’re ready to get started. here’s how to

2. Shuffle the cards, and then grab a card from the top of the deck.

3. Perform the exercise assigned to that particular suit along with the number on the card.

4. Keep going until you’ve gone through the entire deck!

Below, Parnell outlines a few variations of the deck of card workouts for you to try.

This is the traditional method described above. Pick four bodyweight exercises, like two upper-body and two lower-body moves, and get to work.

If the standard Ole’ faithful approach isn’t cutting it, how about adding some bonus moves?

In addition to pairing each suit with a move, which you’ll do for the respective number of the card you draw, Parnell turned face cards into a cardio bonus.

Instead of associating face cards with a higher rep count, you’ll instead hit the deck and perform 45 seconds of bonus ab work.

If you’re fortunate enough to have a few pieces of equipment—namely bands and dumbbells—lying around, Parnell designed this muscle-growth focused iteration. Parnell followed the same format above, assigning accessory exercises, like curls and skull crushers, to the face cards.

To increase your muscle’s time under tension, which Parnell says will improve your strength, he instructs that the first half of the reps should be done with a three-second isometric hold at the bottom of each rep. Then, pump out the rest at a reasonable pace.

*Dumbbells can be subbed for bands and vice-versa if that’s all you have lying around.

Give this workout a try and let us know how it went! Tag us on social media or comment below.

Need more fitness inspiration? Download this free 12-week workout plan for fat loss. Complete with everything you need to burn fat and get toned in 90 days.

How to Get Abs: 9 Secrets From Top Athletes

10 Gifts for Dads Who Love Fitness