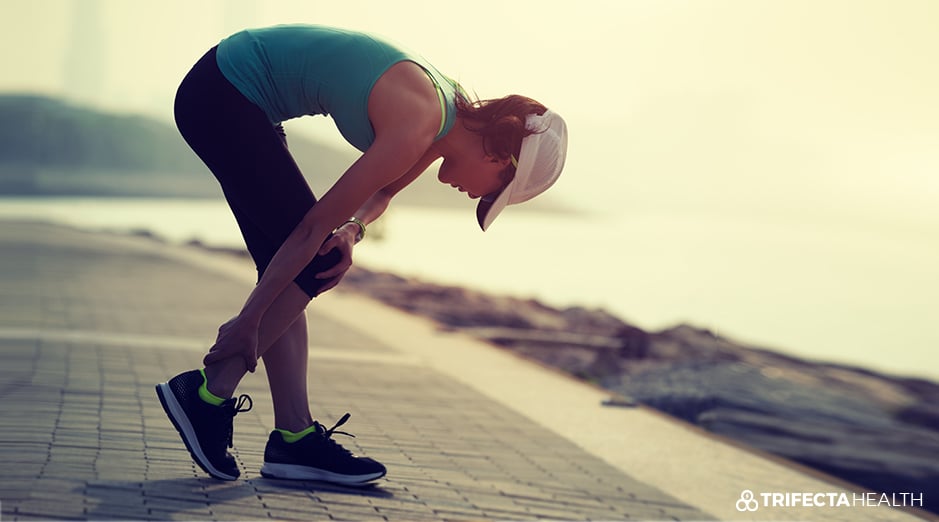 The overwhelmingly painful, red, hot, and swollen joints caused by gout inflicts suffering on about 8 million Americans and costs over 7 billion each year. What's more is that these rates seem to be rising (1, 2).

Choices we make in our everyday life can largely prevent the development of the disease and can help  manage symptoms in people who are already affected.

Here's your complete guide to gout.

This disease is characterized by intense pain caused by joint inflammation.

Technically gout is a type of inflammatory arthritis that happens when crystals develop in affected joints.

High levels of uric acid in the blood (hyperuricemia) can lead to the development of gout. This happens when uric acid accumulates in the joints and crystallizes. Uric acid crystals in the joint cause inflammation and pain that is characteristic of the disease.

Uric acid is a breakdown product of purines. Purines are found in our body tissue and some food.

Uric acid can accumulate when the body either makes too much (ie: unhealthy diet) or when the body isn’t able to get rid of the uric acid fast enough (ie: kidney disease).

How Do You Get Gout?

Uric acid can build up for a variety of reasons. Being overweight, poor diet choices and other health problems caused by low levels of physical activity, obesity and the wrong diet are the main culprits.

The biggest contributing factors to developing the disease boil down to an unhealthy diet and low levels of physical activity.

Most risk factors for gout can be minimized with changing key lifestyle habits, however there are some contributing factors we are unable to control.

Risk factors that can be decreased with lifestyle changes:

Risk factors we are unable to influence:

Symptoms most often last for days to weeks, during which time they are referred to as a ‘flare’ or an ‘attack’. They then often completely resolve in a stage called ‘remission’.

Most commonly, only one joint is affected at a time. However flares can also affect multiple joints in some cases.

Uric acid crystals can also develop into growths called 'tophi' that can cause further damage to the joints.

Tophi are often seen in more advanced stages of gout (3).

Chronic gout can develop after repeated flare episodes and is also referred to as gouty arthritis.

In addition to terrible pain, long term consequences of gout include an increased risk of joint deformity, increased mobility and premature death (4).

The pain experienced during flares can be excruciating.

While it may be located in a variety of joints, gout in the big toe (aka podagra) is noted in over half of all initial presenting cases and in over 80% of all people at some point in their disease process (1, 3).

Other locations can include the other toe joints, knees, elbows and hands.

Gout is only able to be diagnosed during episodes of pain. Your doctor may use blood tests (including a test for uric acid), xrays and a physical exam to help make the diagnosis.

However, finding crystals in the joint fluid is the only gold standard for being able to be sure this disease is the cause of the pain. This involves sticking a needle into the joint to remove fluid and sending it to the lab for analysis.

Pseudogout is a similar condition that involves the accumulation of a different type of crystals in the joint (calcium pyrophosphate). The only real way to differentiate pseudogout from gout is to look a the type of crystals in the joint fluid. The reasons why pseudogout develops isn't as clear, although it seems to increase with age and is not likely not as largely influenced by diet (5).

Both preventing and treating gout involves a focus on healthy lifestyle choices and decreasing the amount of uric acid in the body.

In an acute flare, managing the pain is the main focus of treatment. Once the attack is over the focus centers on building healthy habits and decreasing the overall uric acid in the body. The goal uric acid level is less than 6mg/dl.

People who are overweight and obese are more likely to produce more uric acid (6).Maintaining a healthy body weight has been shown to significantly reduce the risk of developing gout.

Furthermore, weight loss in overweight or obese individuals has been shown to decrease future flares of gout in those already affected by the disease (7).

Diet has so much to do with the treatment of gout because a healthy calorie controlled meal plan is critical for weight loss and optimal weight control. It is also the foundation of controlling and reducing the risk of other chronic health problems like diabetes and hypertension that are risk factors for gout.

The types of food we consume can also directly increase the risk of gout by increasing uric acid levels in our body. Purine rich foods are in particular main culprits because purines break down into uric acid (3).

Foods to Avoid with Gout

The right diet for people with gout is more extensively discussed in this article.

Treating other comorbid health problems such as high blood pressure, diabetes and heart failure also decreases the risk of developing the disease and leads to fewer attacks in people who already have the disease.

Alcohol is another major contributing factor to the disease development and flares. Minimizing alcohol intake can help prevent gout from developing. People who suffer from frequent attacks should stop using alcohol all together.

5) Take Gout Medication as Prescribed by Your Doctor

Medication to treat the condition focuses on pain control, decreasing inflammation and lower levels of uric acid in the body (8).

Indomethacin and other NSAIDs (non-steroidal anti-inflammatory drugs) all work to both relieve pain and help decrease inflammation in the joint. Other NSAIDs include ibuprofen (ie: Advil & Motrin) and naproxen sodium (Aleve).

Side effects of NSAIDs include an upset stomach and they can also hurt the kidneys.

Colchicine is another common medication used to treat gout that works by decreasing inflammation.

There are unfortunately quite a few possible side effects of colchicine including diarrhea, nausea and vomiting along with a stomach upset. Colchicine can also be more dangerous in people who have kidney or liver problems.

While allopurinol is the most common medication used for this purpose, another medication that works similarly is called febuxostat.

Other medications including probenecid and lesinurad also decrease uric acid in the body, however do so by helping it to be eliminated in the urine. Because these medications divert more uric acid towards the kidney, they can cause an increase in the incidence of kidney stones in some people who take them.

Steroids work to decrease overall inflammation in the body and can therefore also help with pain. Prednisone is a common oral steroid however other steroid types can be both injected as an IV, into a muscle or directly into the joint.

While steroids are commonly given, they can also result in many side effects - especially when administered long term. These can include but are not limited to high blood glucose (blood sugar), weight gain, mood changes, and hypertension.

During episodes of pain, resting the joint, elevating it and intermittently applying ice packs and cool compresses can also help symptoms in addition to medications.

While there unfortunately isn’t a quick and easy cure, a multifactorial approach to addressing the disease treatment can lead to complete remission of the disease.

In other words, many people can be cured from gout attacks when they substantially change their lifestyle to manage other modifiable chronic diseases, achieve a healthy weight and consistently consume a healthy diet that avoids gout triggers.

While a minority of people with a strong genetic predisposition to gout may still suffer from flairs despite all of the optimal lifestyle changes, the frequency of their flairs will still be less.

The Best Gout Diet: Food List for What to Eat & What to Avoid