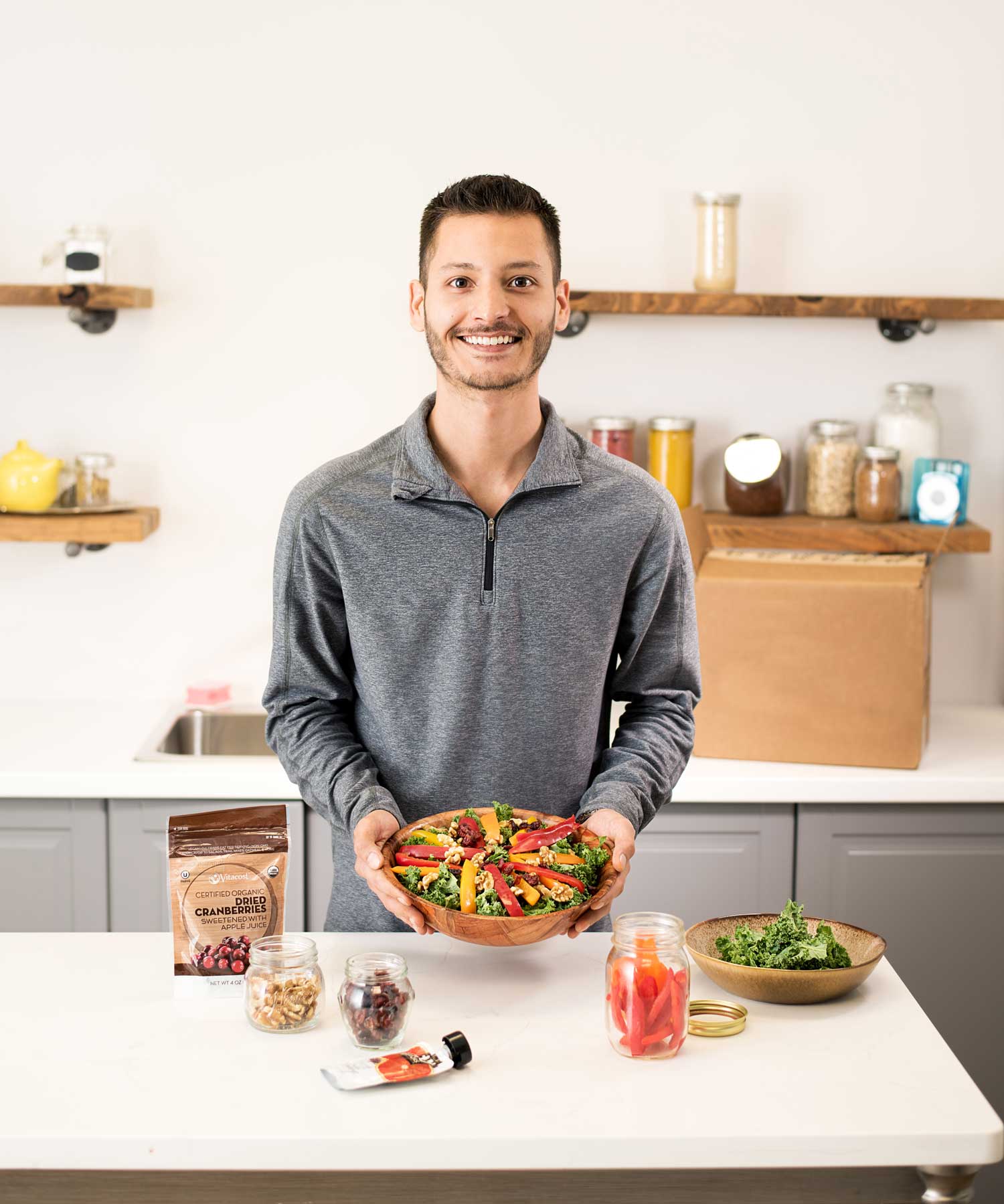 Look no further than this ultimate vegan breakfast scramble for a high protein meal to start off your day! Made with beyond meat burgers, Trifecta à la carte menu items, and vibrant veggies, this dish brings flavor and macro balance to your morning meal prep. Plus you can easily change up the ingredients to add whatever you have in the fridge!

How to Make this Recipe

For this recipe you're going to need the following:

Start by prepping your ingredients:

Then add a pinch of salt and water to a sauce pan with the quartered potatoes. You should have just enough water to cover the potatoes by about an inch. Bring to a boil and cook until fork tender; roughly 5 to 7 minutes. Then drain the potatoes and set aside.

Tip: Salting the water before boiling brings more flavor to the potatoes.

Heat a large skillet over medium-high heat and add two tablespoons of the oil. Then add in the onions, mushrooms, cherry tomatoes, and green peppers. Season with garlic, paprika, salt and pepper and cook until onions are translucent; about three minutes.

Next add the beyond meat, using a spatula to crumble the patties. Cook for three to five minutes; just enough to incorporate the ingredients together. Remove the mixture from the pan and set aside.

Tip: Cut down on fat by skipping the oil and using cooking spray, lemon juice or vegetable broth instead!

In the same skillet, add the remaining oil and cooked potatoes. Saute over medium-high heat until potatoes have slightly browned. Then add the vegetable and beyond meat mixture and fold in spinach until wilted and flavors have combined.

Serve immediately or portion into meal prep containers for breakfast throughout the week. Top with fresh parsley and lemon wedges when ready to eat!

This recipe carries well and is easy to reheat in the microwave or on the stop top! To get even more out of your weekly meal prep:

Save on cooking time with your favorite vegan recipes using Trifecta a la carte vegan proteins, veggies, and grains.

The perfect addition to any vegan breakfast skillet would be a tofu scramble!

Get more recipes like this from Ryan Shepard, the Vegan Rhino.

This hearty and colorful dish is packed with protein and fiber to keep you feeling satisfied. Plus it's so simple to make, you'll have breakfast for the week in less than 30 minutes.