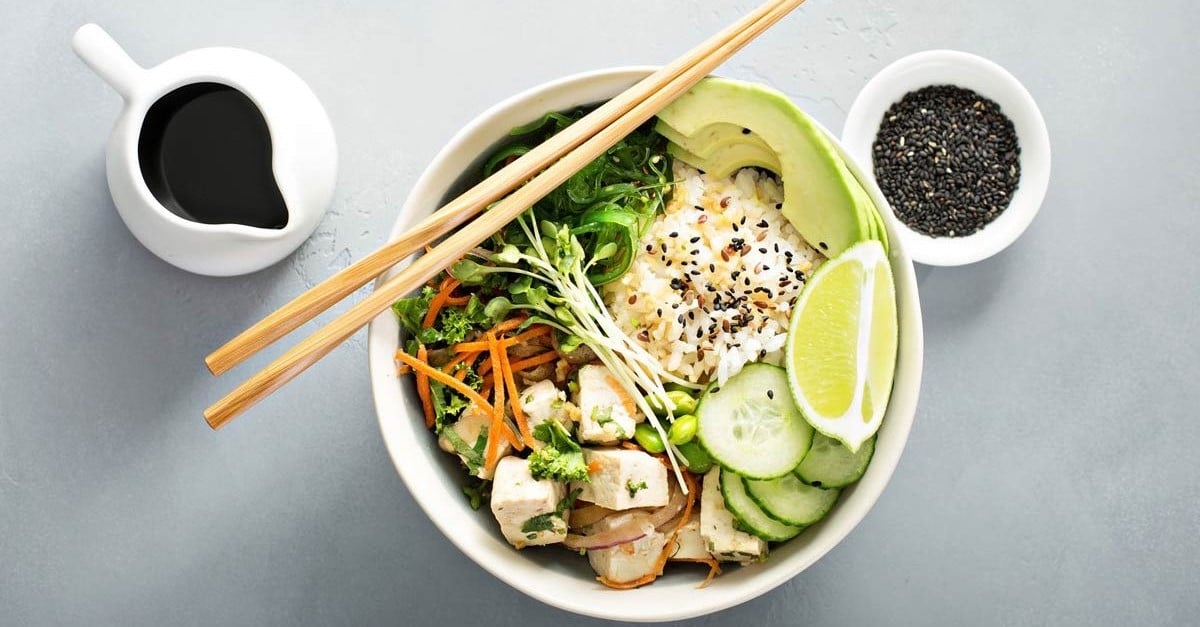 Is Soy Bad For You or Good? What the Science Says

There have been widely opposing claims on how soy influences our health. Soy products are sometimes praised as a super-food with lifesaving properties, while others say soy consumption is bad for our bodies.

So what's the verdict? Is eating soy good or bad for you? While there has been some variability in studies, the benefits of soy tend to outweigh the risks for most people. Let’s dive into what science says.

Soy is a type of edible plant called a legume. This means the edible part looks like a bean that grows in a pod, called a soybean. You may know of them as edamame. Soybeans have been used to create many types of food including soymilk and tofu, both examples of unfermented soy.  Fermented soy is also widely used in soy sauce, meat substitutes and other pre-packaged meals.

There is a lot of scientific support that eating quality soy sources is overall good for your health. These health benefits seem so substantial that the 2015-2020 Dietary Guidelines for Americans recommends eating soy products in several dietary patterns, both as a protein source and as a replacement for dairy (1).

It’s important to remember that these recommendations refer to healthy soy sources, as soy products can be found in many ultra-processed foods that may not positively contribute to your health or fitness goals.

Here are 8 ways eating soy can benefit your health.

Soy protein is one of the few plant based sources of a complete protein - meaning it provides you with all of the essential protein parts (aka essential amino acids) our bodies need to function. While protein that comes from animal meat is also a complete protein, many animal based protein sources are also high in saturated fat and cholesterol.

Soy protein is a valuable addition to plant based diets as it is one of only a few plant based proteins that provides all of the essential amino acids. It is also an excellent protein source for omnivores as it can be an alternative option to other animal protein sources that may be higher in saturated fat and cholesterol.

Adding soy protein to your diet may help lower your bad type of cholesterol (LDL). In fact, a recent paper published in the Journal of Nutrition concluded that eating soy protein significantly reduced LDL by 3-4% (2).

The Food and Drug Administration (FDA) supports the health claim that adding 25 grams of soy protein daily to a diet low in saturated fat and cholesterol may help to lower cholesterol (3).

Soy contains substances called phytoestrogens (specifically genistein and daidzein). It’s long been debated if and how these substances affect fertility.

However, it’s important to note that there have been variable results from studies over the years with some showing that soy has no impact on fertility while others show that it may improve fertility and others suggesting it may cause harm. More research is needed to know for sure what effect soy has on fertility (9, 10, 11).

4. May Reduce the Risk of Breast Cancer

While soy’s effect on breast cancer has also been controversial, a study of 5,000 women in China strongly supported positive effects of soy on women with breast cancer. The study concluded that women who regularly ate soy had a 29% reduction in death and a 32% reduction in recurrence of breast cancer when compared to those who ate little to no soy (12).

Regularly eating soy was associated with a decreased risk of death and cancer recurrence in women who had breast cancer (13).

The estrogen effects of soy may be helpful in menopause.

Heart disease is responsible for more deaths in the United States than any other disease.

A recent study of over 100,000 people concluded that people who consumed soy in the form of tofu faced to a moderately reduced risk of developing heart disease (17).

The FDA reports that including soy protein into a low saturated fat and low cholesterol diet may further help to lower the risk of coronary heart disease (CHD) (2).

There was also much variability between these studies; only 8 looked at soy foods, while the other 39 studies evaluated soy protein isolate.

Many experts, including those at the AHA, have called for additional well done studies to fully evaluate the impact of soy foods on our health (19).

Soybeans are a great source of fiber, which is well documented to be good for our health in a variety of ways.

Fiber in soy comes with all of the benefits dietary fiber brings us including helping digestion, gut health and helping to lower cholesterol.

The fiber found in soy may contribute to the beneficial effects it has on heart health (20, 21).

8. May Reduce the Risk of Prostate Cancer

So far soy sounds like a superfood! Despite all of these health benefits, some people may argue that eating regular amounts of soy can negatively impact health.

While people can be allergic to anything, soy can be a more common allergy - and may affect up to 0.7 % of the population. Of course, if you’re allergic to soy, it won’t be good for you to eat (23).

Some studies in test tubes and on animals suggest that parts of soy, likely soy isoflavones may block the iodine uptake for thyroid.

When evaluated in humans, soy wasn’t found to have any significant effect on thyroid function. It was concluded that soy intake is safe, even for people with thyroid problems as long as they are also getting enough iodine (24, 25, 26) .

Some common misconceptions around soy include;

The potential of photestrogens in soy to increase estrogen activity may have some men concerned about this negatively impacting their male sex hormones.

However, a metananlysis actually concluded that eating soy products in the form of whole food or soy isoflavone supplements that you may find in protein powders or other supplements does not change the amount of sex hormones in men (27, 28).

The effects of soy on our health has been controversial. However, soy offers many health benefits including lowering cholesterol, improving heart health, lowering the risk of some cancers and is a great source of protein and fiber as well as some essential micronutrients.  While people who are allergic to soy should avoid it, the benefits likely outweigh potential concerns for most people who don’t.

Curious about going plant based but not sure where to start? Download this free meal prep toolkit for vegan diets! This RD-written guide provides step by step instructions for planning vegan meals to help you lose weight and improve your health.

How Javier Lost 80 Pounds on a Vegan Diet

The Only Vegan Taco Recipe You'll Ever Need